The Editorial Board of the Distant Worlds Journal is comprised of doctoral fellows of the Graduate School Distant Worlds of the LMU Munich. They conduct research in diverse disciplines within the broader field of Ancient Studies.

Henry Albery obtained his BA (hons) in the Study of Religions and a MA in Religions of Asia and Africa from the School of Oriental and African Studies (SOAS), University of London. He also studied Sanskrit at the University of Cambridge for a year and volunteered at the SOAS Summer School as a Buddhist Studies Teacher. Since April 2014 he has been a doctoral fellow at LMU, München. His research interests lie in the fields of Indology, Buddhist Studies and more widely, the Study of Religions. His doctoral thesis involves a socio-historical study of Indic Buddhism(s) by means of a comparative analysis of Buddhist epigraphic and literary sources from South and Central Asia.

Beatrice Baragli studied ancient languages and cultures at the University of Florence. She wrote her BA thesis in Semitic Philology about the sumerograms in the Ebla archives, whereas her MA thesis focused on the Akkadian lexicon of some mental diseases. Now a doctoral fellow of Distant Worlds, Beatrice is currently working on the edition of the KI-dUTU prayers addressed to the Sun God Shamash. Beyond these topics, her research interests mainly concern ritual and medical texts. 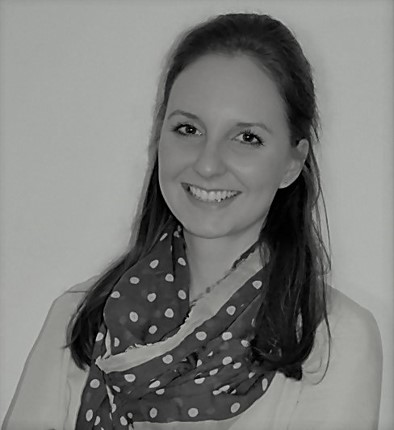 Catharina Baumgartner studied Art History as well as Late Antique and Byzantine Art History at the LMU in Munich. Throughout her studies she has always been interested in the cultural exchange and formation of cultural and religious ideas within the Mediterranean world. Since April 2017 she is part of the research group “Coexistence” at the Graduate School Distant Worlds in Munich. In her doctoral project she analyses the iconographic and liturgical evolvement as well as socio-historic understanding of the biblical beings Seraphim and Cherubim in Late Antiquity and Byzantine times.

Amanda Davis Bledsoe is a doctoral fellow at the Faculty   of Jewish Studies in Munich. She previously completed her Master of Theological Studies at Emory University in Atlanta and her undergraduate degree in Religion at Florida State University. She works in the fields of Second Temple Judaism and biblical studies. Her current research focuses on the Daniel fragments from the Dead Sea Scrolls and the earliest reception of the work.

Albert Dietz obtained his Bachelor in Archaeology and his Master in Near Eastern Archaeology in Mainz. His MA thesis focused on the value of booty objects in the Ancient Near East. During his Master he spent one year as an Erasmus-student at the Université Paris 1 Panthéon-Sorbonne. He has been involved in various documentation and excavation campaigns in Syria, Iran, Iraqi-Kurdistan and Lebanon. As a doctoral follow of Distant Worlds, he started his PhD thesis on the iconography of Near Eastern Storm-gods. 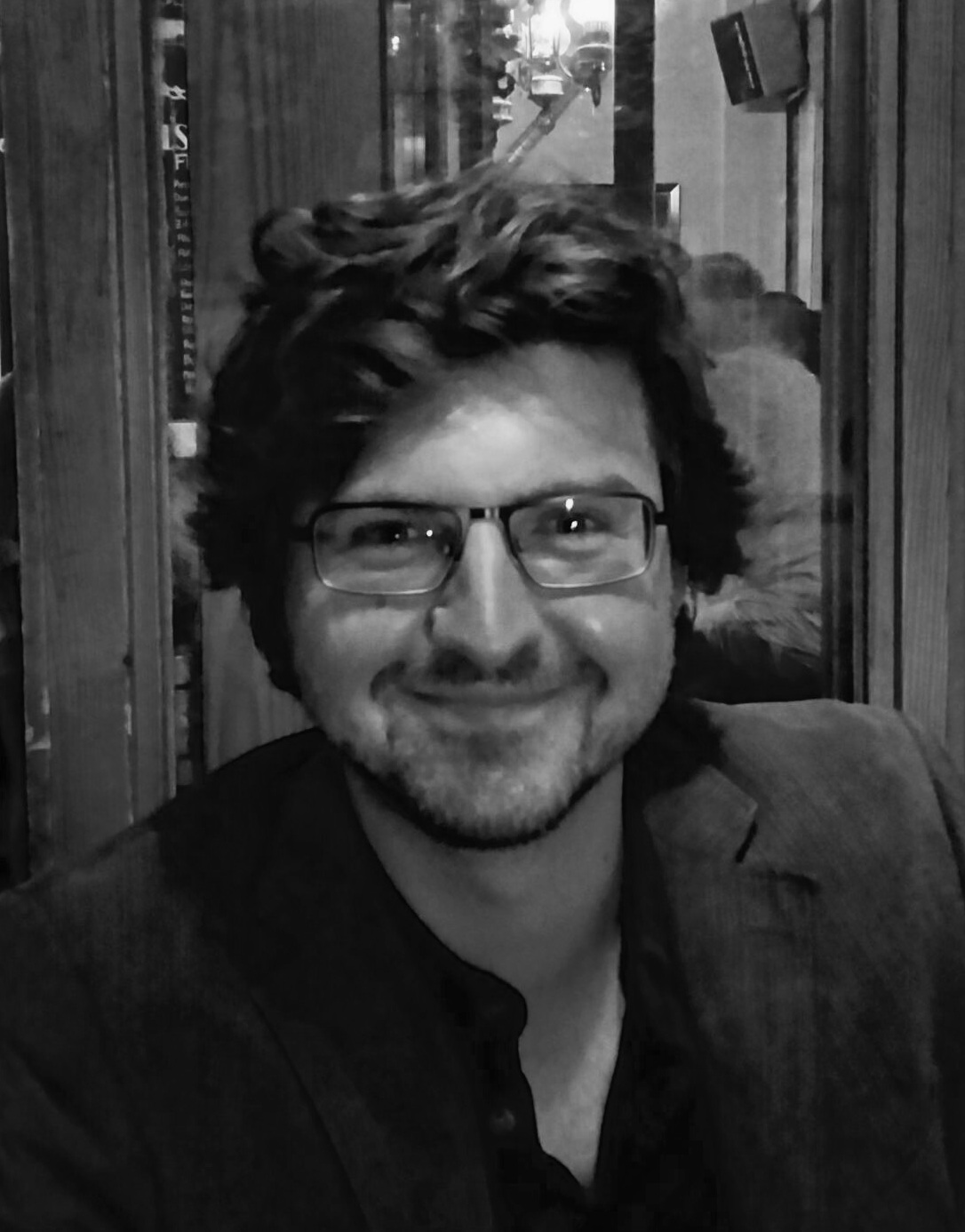 From 2009 till 2016 Daniel Fallmann studied Classics, Romance Studies and Archaeology of the Americas in Bonn, Valencia (Spain) and Freiburg. His major interests are ancient mythology and religion, ancient languages, as well as Historical anthropology. Since spring 2017 he is doctoral fellow at the graduate school ‘Distant Worlds’ in Munich. In his thesis he aims to study the Archaic and Classical Greek imaginations of the ‘edges of the world’ i.e. the remote regions of the world, as places between mythological, imaginative and scientific representation.

Christoph Fink is a doctoral fellow at the Graduate School Distant Worlds and in the Institut für Assyriologie und Hethitologie of the LMU Munich. He studied Archaeology and Assyriology at the LMU Munich. His current research focuses on the early bronze period citadel in Tall Bazi, Syria. 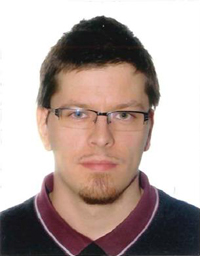 Zsombor Földi is a doctoral fellow at the Institut für Assyriologie und Hethitologie of the LMU Munich. He studied Assyriology and History at the ELTE University of Budapest, after which he spent one year at the Universität Leipzig. His main interests are the economic and social history of Old Babylonian period Mesopotamia. His current research focuses on the court procedure of that period, based on trial documents from the city of Larsa and its vicinity.

Nina Gschwind is a doctoral fellow at the Faculty of Protestant Theology at Ludwig-Maximilians-University and at the Graduate School Distant Worlds in Munich. She previously studies Protestant Theology in Tübingen, Jerusalem and Munich. She holds an M.Th. and an M.Div from Eberhard Karls University Tübingen. Her research interests are in the fields of Old Testament exegesis and wisdom literature in the Hebrew Bible and in the ancient Orient and Egypt. Her PhD thesis focuses on a comparison between the biblical book of Job and the Psalms, with the title: "The God of Job. Studies on the relationship of individuals with the divine in light of the prayer motifs in the Psalms".

Fabian Heil studied Prehistoric Archaeology, Near Eastern Archaeology and Classical Archaeology at the University of Heidelberg and was afterwards temporarily employed as a substitute teacher for surveying in the Department of Prehistory. He has been involved in various excavations in Germany, Austria, Hungary and Greece. His main research interests include the Bronze and Iron Age in central and southern Europe, but especially the Aegean Bronze Age and Cypriot Archaeology. After having been accepted as a doctoral follow of Distant Worlds, he started his PhD thesis on the prehistory of Cyprus and adaption mechanisms embedded in rituals.

Patrizia Heindl studied Egyptology and Coptology at the LMU in Munich and has been part of the Distant Worlds Graduate School since April 2017. Besides Egyptology, her research interests include forms of art reception in modern times as well as in antiquity and cultural politics in general. Her doctoral project deals with the statue ensembles Monthemhat and Padiamenope, whereby the   motifs of the objects and their integration into Theben's  cultural landscape are given special consideration.

Marie-Hélène Lindner studied Roman Provincial Archaeology, Classical Archaeology and Papyrology, epigraphic and numismatics in Antiquity at the University of Cologne and has been part of the Distant Worlds Graduate School since April 2017. In her doctoral thesis, she aims to research the genesis and organisation of the fort Echzell at the Wetterau Limes in Hessen. Besides Roman military, she is interested in civilian structures, and has carried out archaeological fieldwork in Romania and Albania since 2009.

Anahita Mittertrainer is a doctoral fellow at LMU, Munich. She completed her MA in Near Eastern Archaeology at the Free University Berlin and the Boğaziçi University Istanbul (Erasmus) and obtained her BA in Archaeology from LMU Munich. She works in the fields of Late Antiquity and has undertaken fieldwork in Germany, Armenia, Saudi Arabia, Georgia, Iran and Usbekistan. Her current research focuses on the Sasanian cities in southwest Iran.

Lauren Morris holds a B.A. (Hons) from the University of Sydney, and is a doctoral fellow in Classical Archaeology at the LMU Munich. Through the cache of imported commodities found at Begram (Afghanistan), her dissertation examines receptions of the Mediterranean world in Central Asia after the collapse of Greek rule. Lauren's research interests include cross-cultural interaction, reception studies, the politics of archaeology, and the illicit trade in antiquities. She has also undertaken fieldwork in Cyprus, Spain, and Kazakhstan.

Julia Dorothea Preisigke studied Archaeology and Cultural History of Northeast Africa at Humboldt University Berlin, before she came to Munich for her PhD. She has worked for the Musawwarat Graffiti Project, since 2008 she has been involved in ongoing excavations for the project “Cult of Osiris” of the German Archaeological Institute Cairo at Abydos/Umm el-Qaab in Egypt and for the ERC/FWF project at Sai-Island in Sudan. Julia’s PhD focuses on counter temples and other spaces at and within temples, in which people were able to communicate with the respective god. 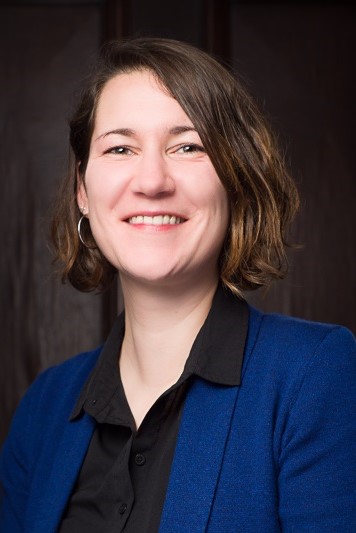 Sarah Schlüter studied Ancient Near Eastern Cultures as well as Prehistoric Archaeology at the WWU Münster. Her main interests are the legal, social and economic history of the Ancient Near East. Since April 2018 she is doctoral fellow at the Graduate School Distant Worlds in Munich. She is currently writing her PhD thesis on “Slavery in Old Assyrian Kaneš”.

Gioele Zisa obtained his BA in Ethnolgy and Cultural Anthropology at the University of Palermo and pursued an MA in Archaeological and Historical Sciences with a specialization in Assyriology at the Università La Sapienza in Rome. His PhD thesis at the LMU Munich focuses on the meaning of male sexual impotence in ancient Mesopotamia. Gioele is also interested in Migration Processes, Intercultural Education, Medical Anthropology and Folklore, and he has carried out anthropological fieldwork in Sicily, France, and Morocco.

Laurien Zurhake studied history, focusing on Classical Antiquity, at the Radboud University Nijmegen and the University of Oxford. During her studies she also spent several months in Rome excavating at the 5th Mile of the Via Appia Antica. After having finished the two-year Research Master with a thesis about the popularity of physically deformed slaves during Roman Imperial times, she obtained a doctoral position at the LMU Munich. At present, Laurien conducts research about the Reception, Experience and Expression of Pain in Graeco-Roman Times.