The Copernican ,Organon Astronomicon‘ of Jean I du Temps

In the late sixteenth century, the French provincial lawyer Jean I du Temps of Blois (fl. 1570s–1590s) devoted countless hours to difficult forms of scholarship that wove together the cultures of letters and mathematics. Perhaps the most astounding product of his labour is a manuscript set of instruments for calculating the locations of the heavenly bodies: Organon astronomicon ex hypothesibus Copernici extructum (Astronomical instrument constructed from the hypotheses of Copernicus). Unusually, and as its title indicates, the work is based on the calculations that underpin Nicolaus Copernicus’ proposition of a heliocentric world system, published in his De revolutionibus (1543). This, as we shall suggest, bears on the manuscript’s distinctive aesthetic, whereby the data on which Copernicus’ provocative hypotheses rest are rendered both delightful and useful. In making his Organon, du Temps deployed cunning visual tactics to engage the reader, guiding them towards an appreciation both of the heavens’ mathematically ordered beauty and of his own ingenium. 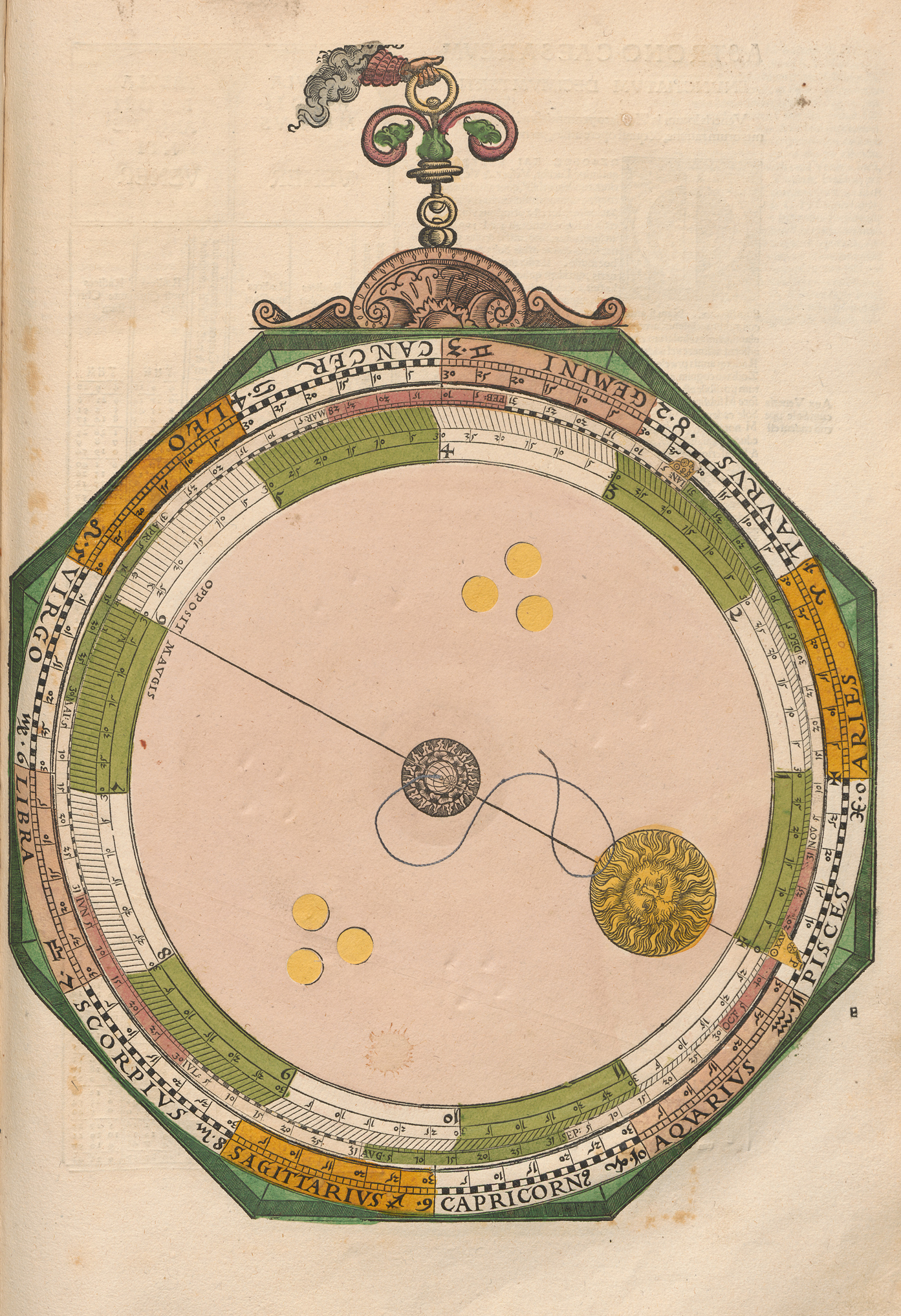