The Envious Destroyer of All Things

Time, which kills everything, obsessed early modern England’s architects as much as its playwrights. If for a distraught Macbeth, moments crept interminably, for Stuart and Tudor builders, time’s slog always threatened to end too soon. The inevitability of architectural death through slow ruin, or frenetic dismantling, took on particular verve in a polity with a history of iconoclasm. Architecture’s emphasis upon surface aligned building with (say) portraiture which, around 1600, carried its own rhetorics of time – and information – arrested. Both building and posing subsisted in the proffering of a good face, the warding off of bodily death. And in the case of this article’s focus – an ephemeral arch built in London in 1603 – this face – this façade – was threatened by unexpected epistemes of time: duration, instant, and epoch. These were temporalities in upheaval in Stuart London, a moment of unsteady power relations, of new kinds of printed publications, and of that most unpresentable of human phenomena: contagion. 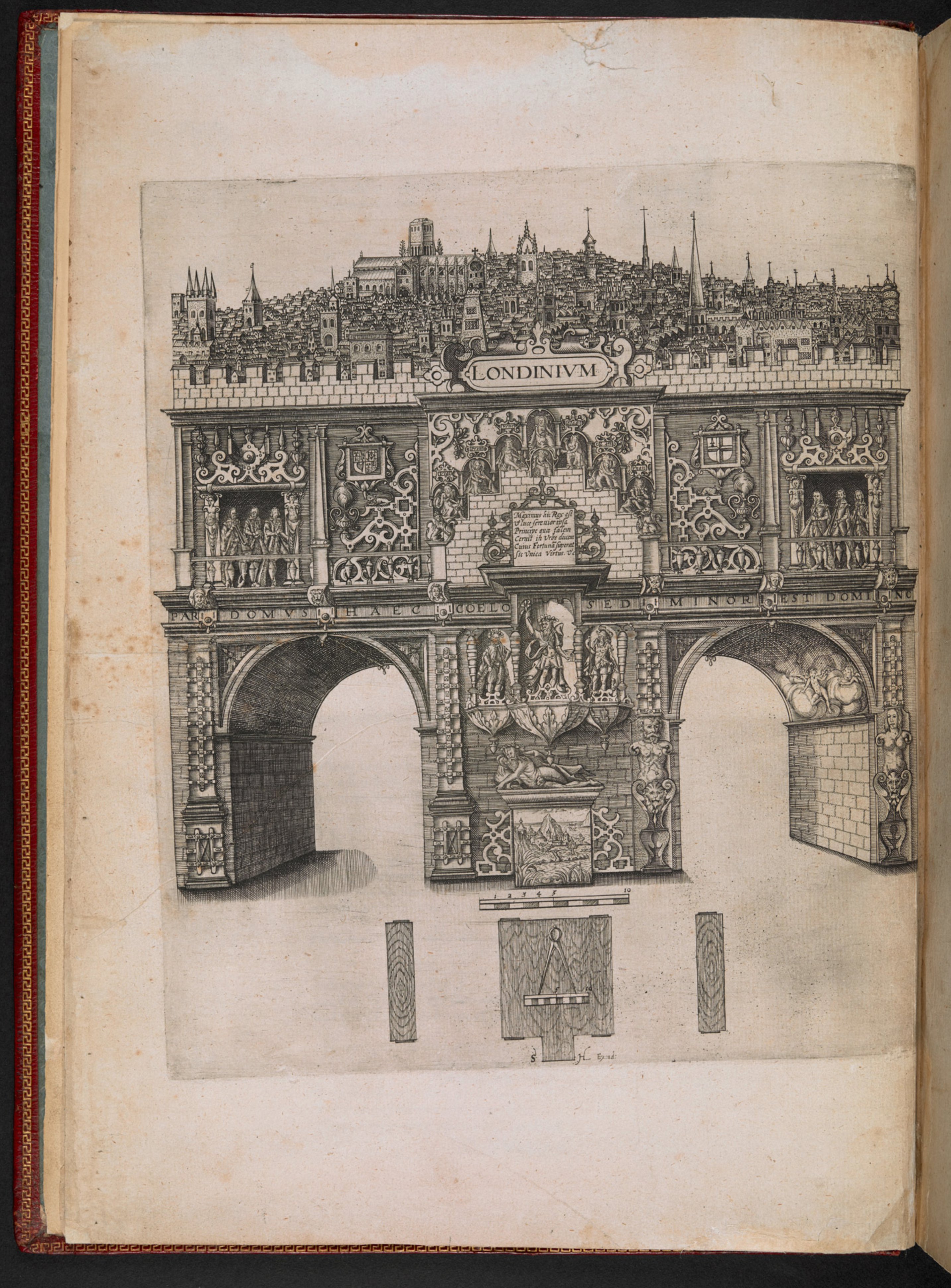