This article explores Candida Höfer’s photographic slide-show Türken in Deutschland (1979) and its 2011 digital version with the new title Türken in Deutschland 1979. It analyzes temporality, changes in media installation and their effects on the artwork’s meanings. Attention focuses on the historic and medial differences – between the 1970s and the 2010s as well as between analogue and digital projection – that are the results of processes of translation. It is argued that by reworking the piece, Höfer undertakes an actualization as well as a historicization of her work, first realized as a series of slides, then of digital copies. The artistic gesture of changing media and title are mutually dependent on and constitutive of each other. They productively disrupt the coherence of the work and emphasize the time passed between the two versions as well as the artwork’s mode of expression. 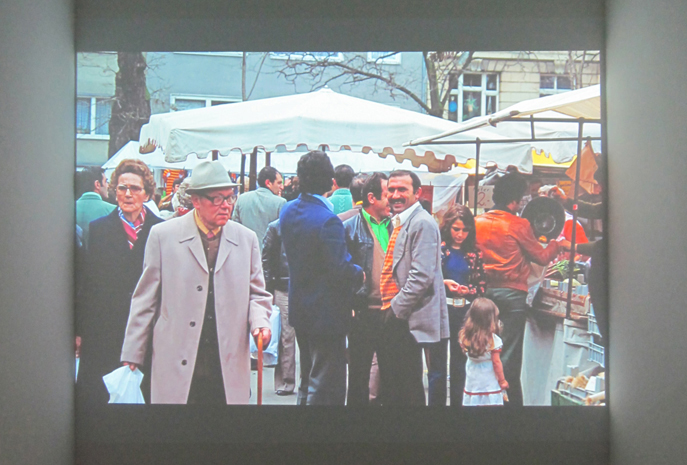