The Black Artist Who Said “No”

Colonial Paris and the Art of Wilson Tiberio

The Brazilian Wilson Tiberio (ca. 1925–2005) was one of several artists of African descent who returned or first relocated to Paris after 1945. Traveling French West Africa on a bursary from the Musée de l’Homme in 1947/48, Tiberio would witness a region thoroughly imprinted by a late-stage colonial system. Recording the remaining visual culture of Vodun religion in Dahomey (Benin) and the forced labor operating the industrial limestone quarries in Senegal, Tiberio would return to Paris around 1948 to produce canvases on which he rerouted Western modernist pictorial tropes toward a contemporary depiction of colonized black subjectivity and environment. In doing so, this essay argues, Tiberio situated hitherto obscured subjects squarely within the visual representation of the Union Française. 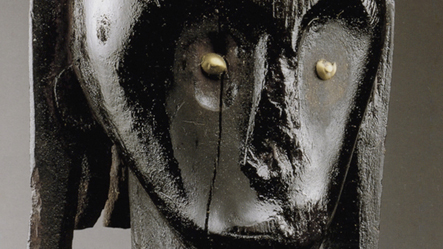