This essay proposes a new definition of style by thinking it apart from form. It takes the concept of air – a formless substance that exists between artworks and between them and their makers – to what contains style. Some artworks collapse the difference between what exists within their border or frame and the life around them; they redirect the place of style from the material container of the artwork to life itself, more specifically the life of the artist. The essay argues that Caravaggio and his early seventeenth-century critics were instrumental in defining air as that which flows in and out of depiction. Caravaggio’s works functioned as a score from which style could be “played” or enacted. But the essay concludes that this interpretation of Caravaggio’s art and life gains focus from the perspective of Joseph Beuys, whose scores for performances, too, pointed to the position of style near painting. 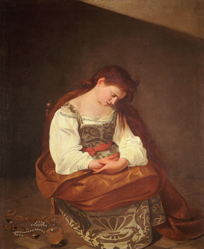