Geographies of Provincialism in Roman Sculpture1

The Courtauld Institute of Art, London

Focusing on Roman Britain but using examples across the empire, this article examines the relevance of geography to the form and distribution of "provincialized" classical imagery in the Roman period. This must be explained with reference to the competence of the craftsmen, the expectations of provincial artists and viewers, and geological factors. In some cases geology rather than culture seems to have a surprisingly large role in determining the presence and absence of sculpture. Attention to the material complexities of the geography of provincial sculpture provides a useful foil to considering Roman imperial art as a pervasive visual culture.

The Character of Provincialism

The Geography of Provincialism

The Geology of Provincialism

The Locations of Provincialism

The Character of Provincialism 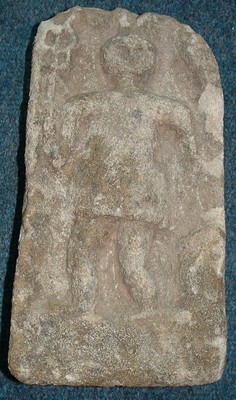 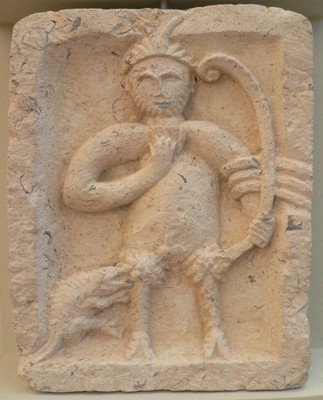 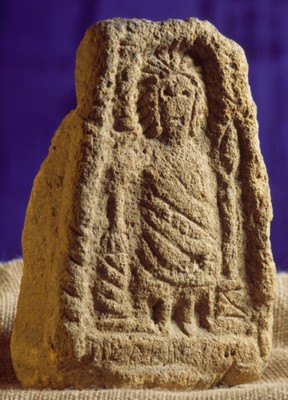 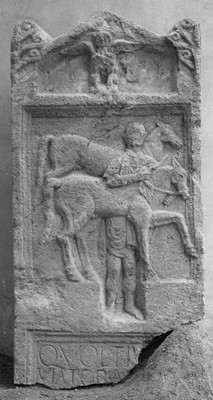 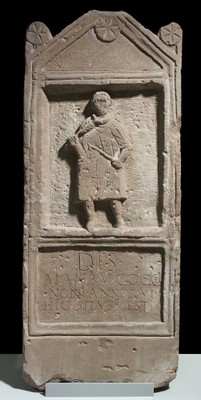 The Geography of Provincialism 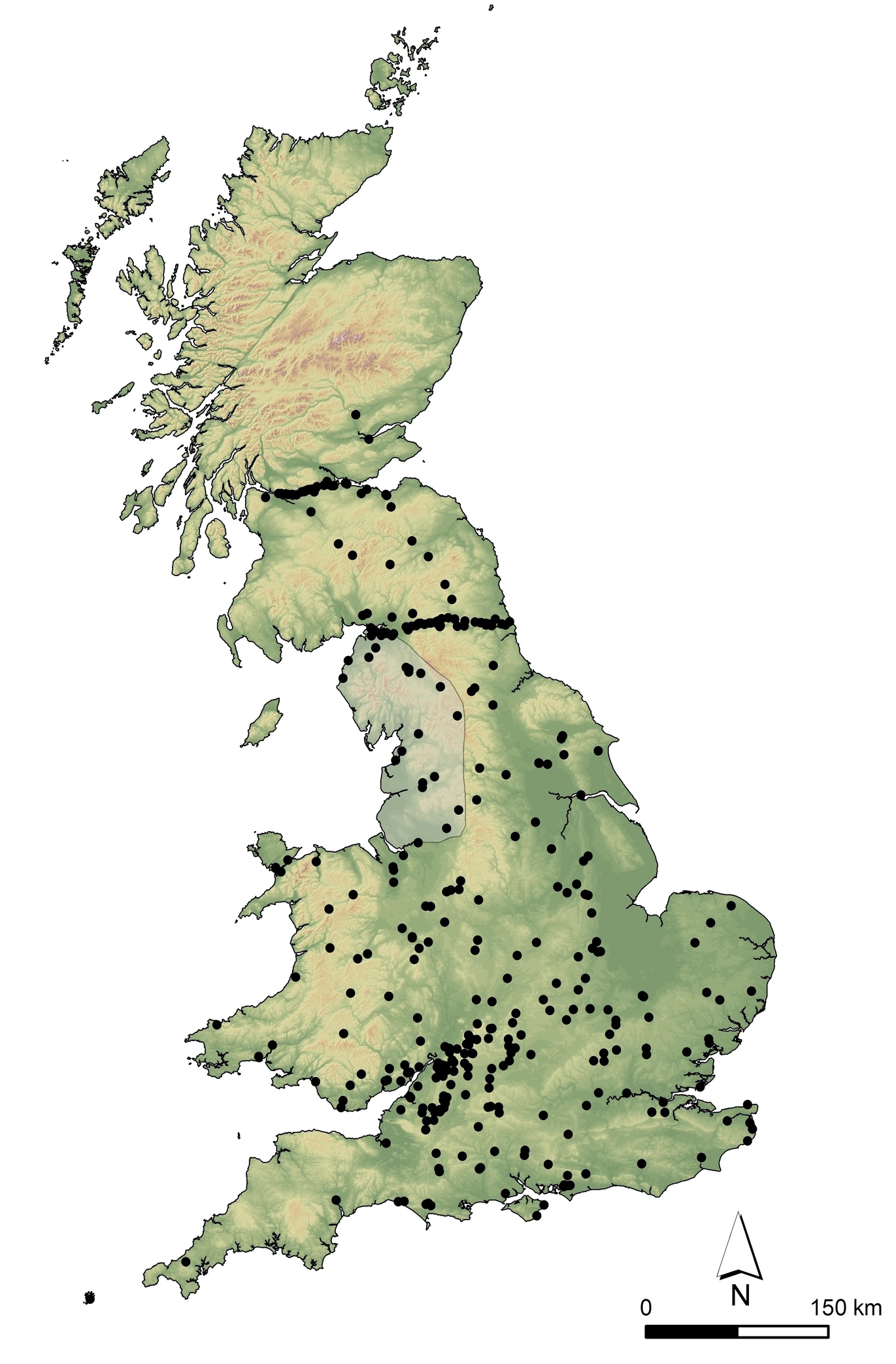 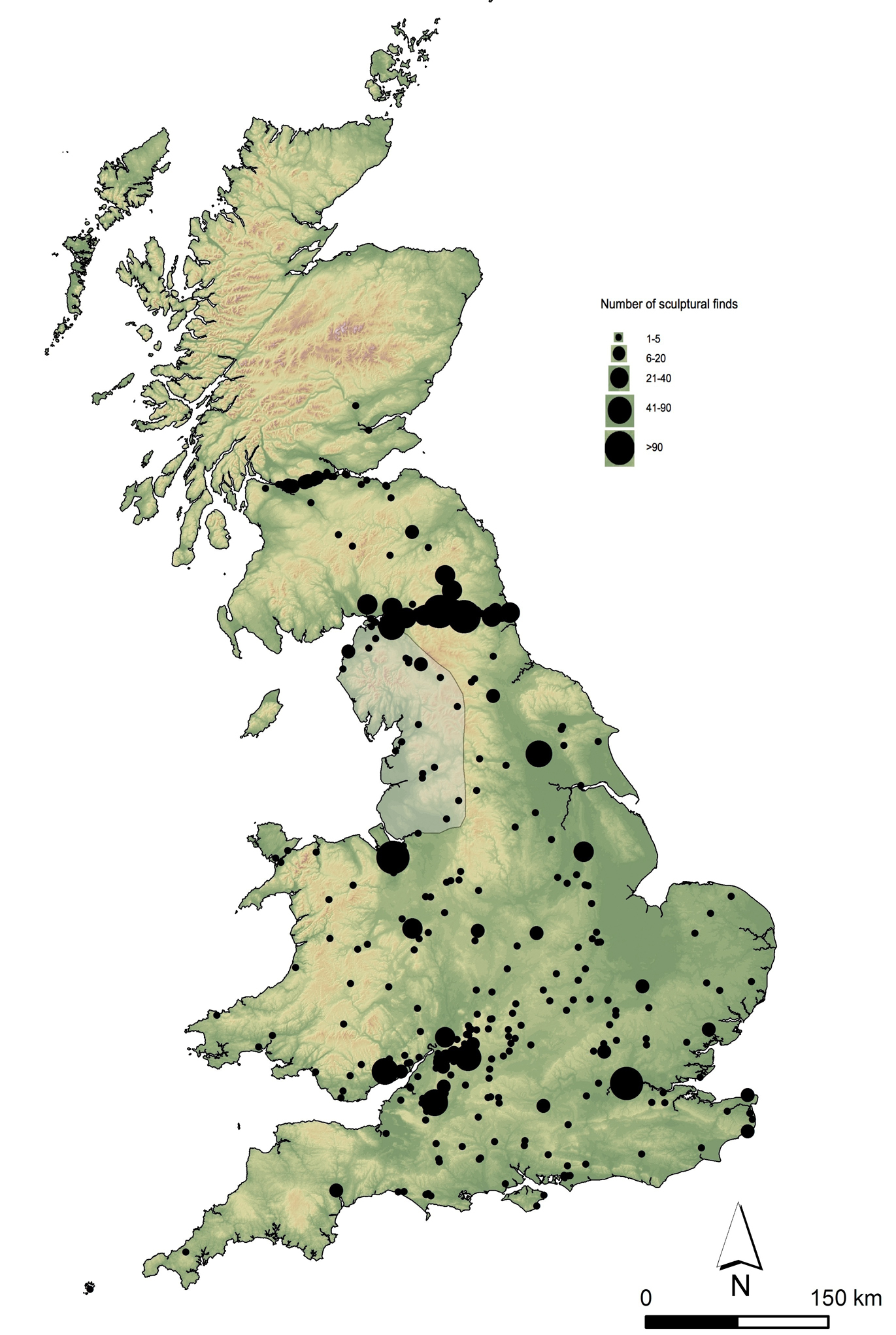 The Geology of Provincialism 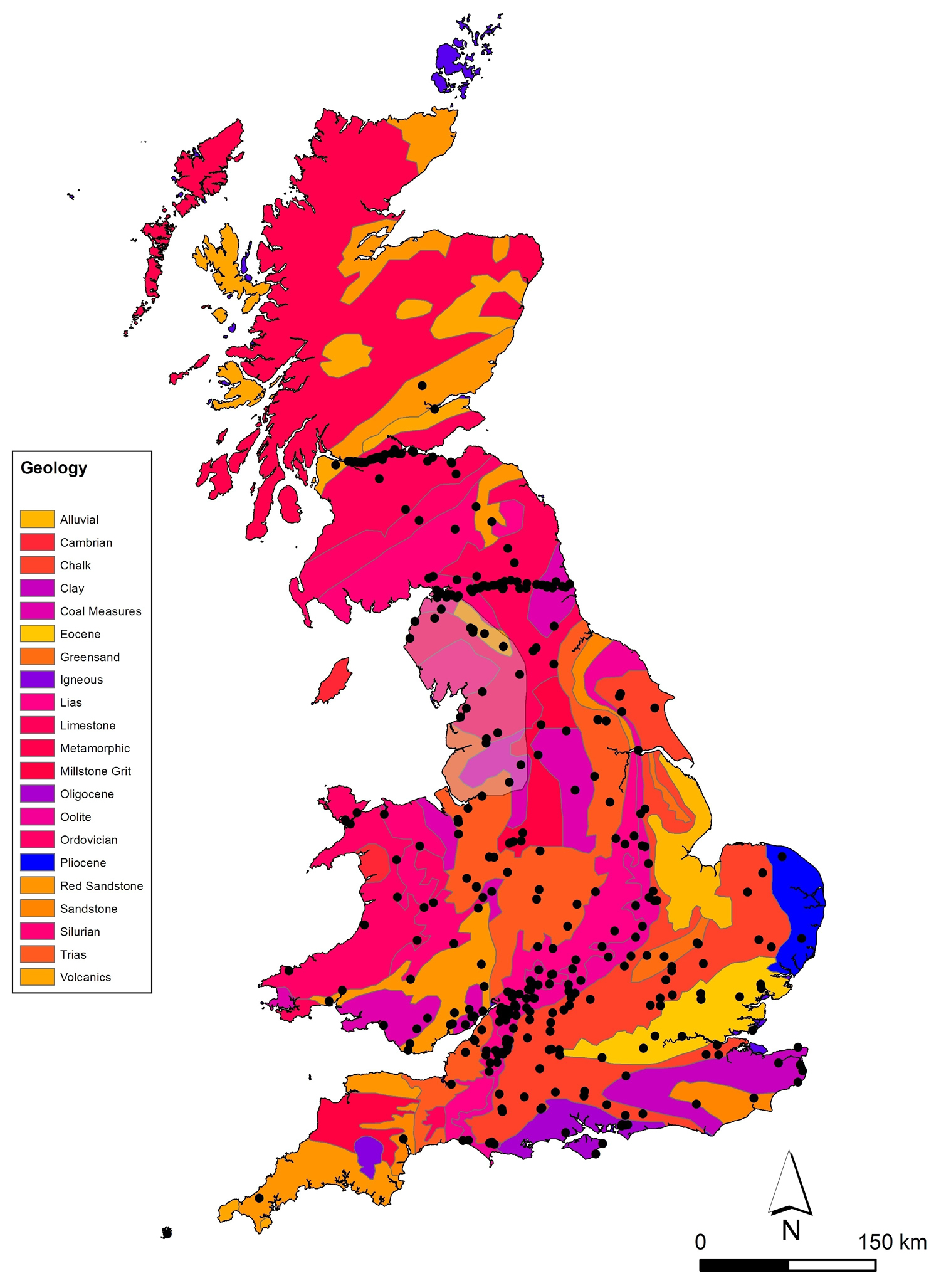 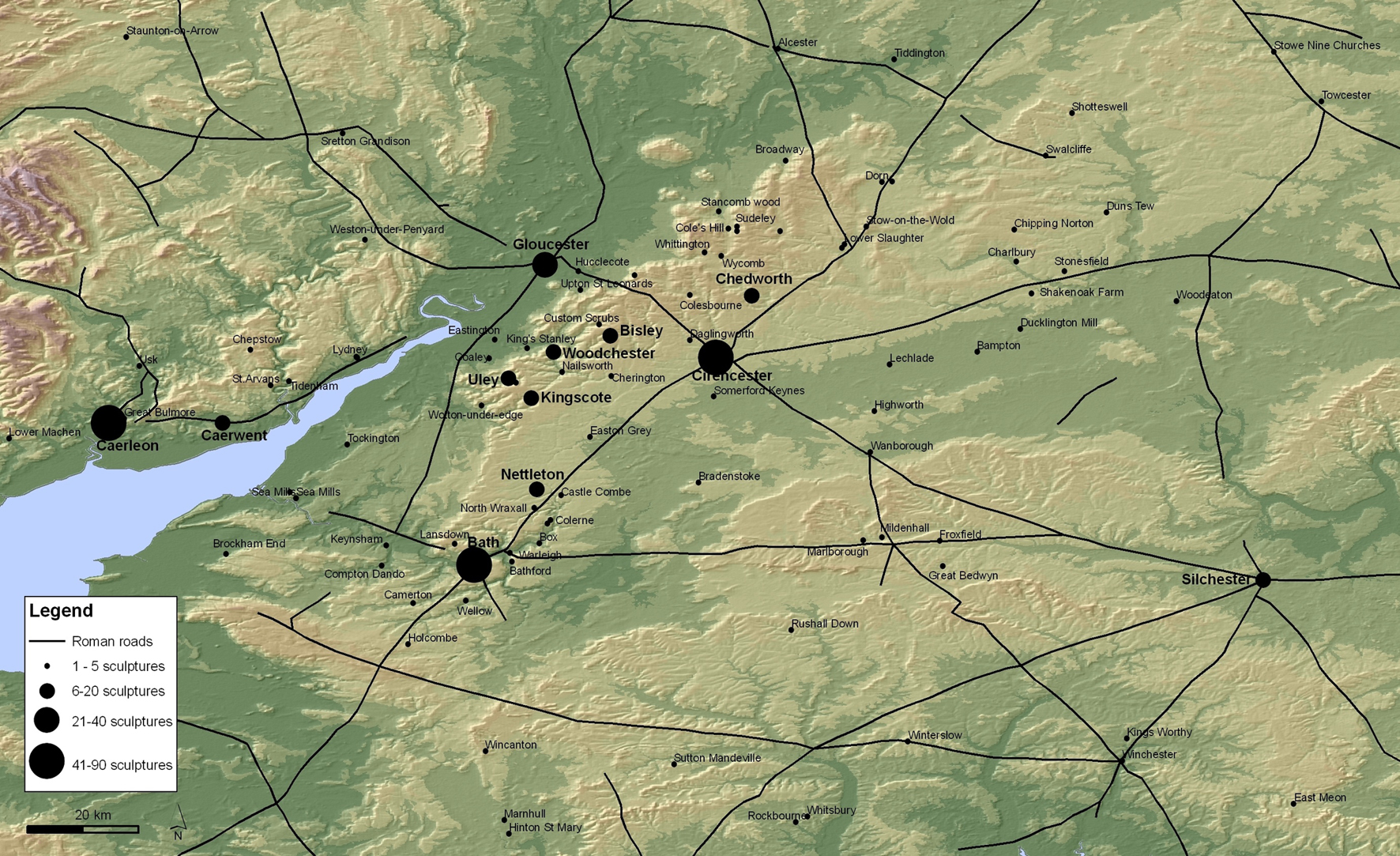 Map 4 Detail of Map 2, marking sculptural finds from the west of England (DEM source as Map 1 above)

The Locations of Provincialism 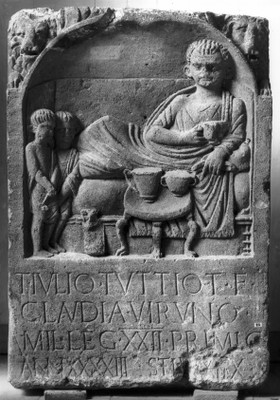 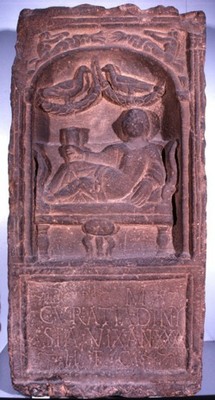 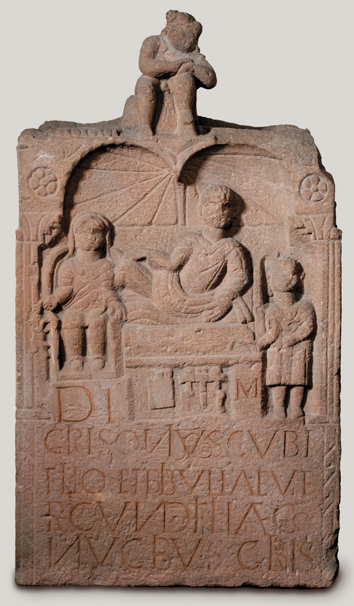 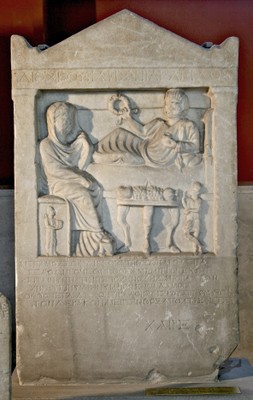 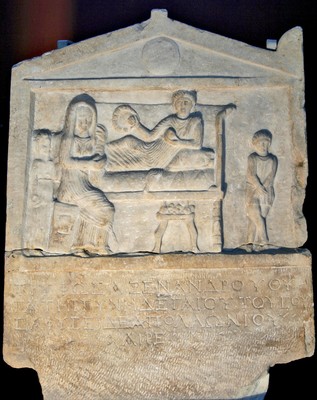 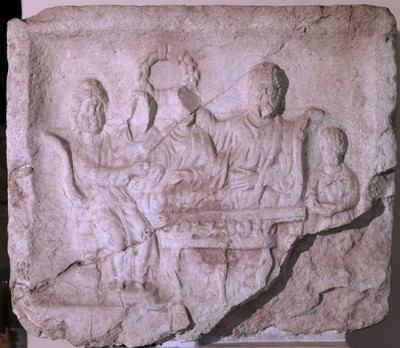 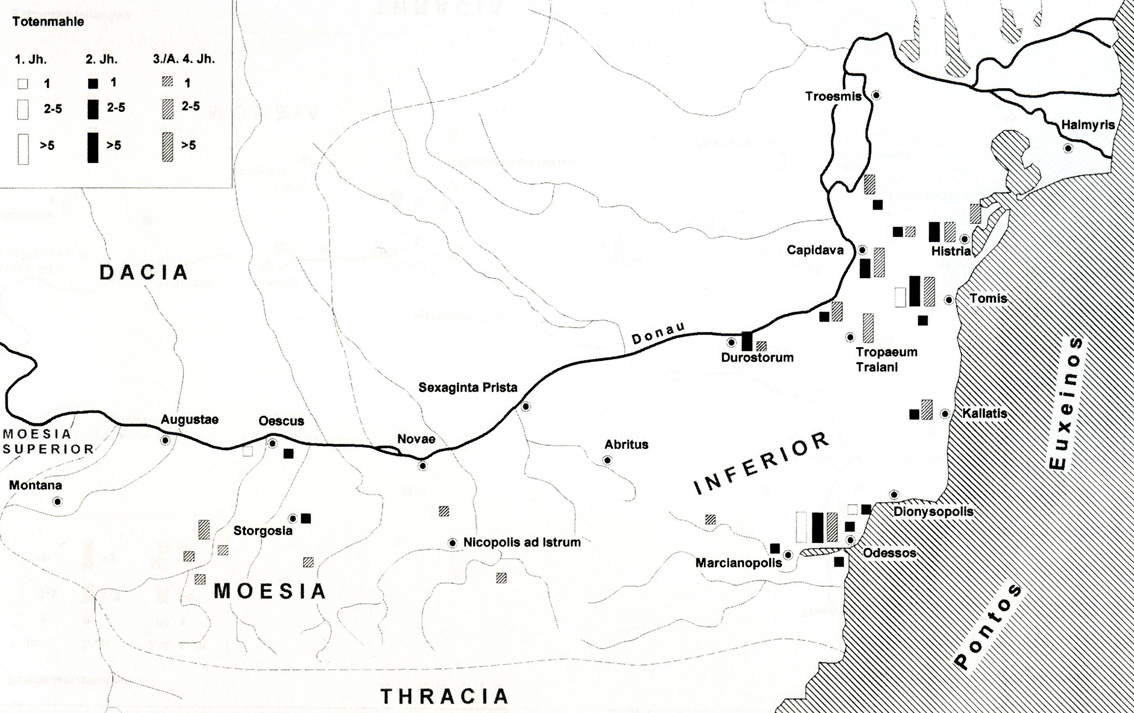 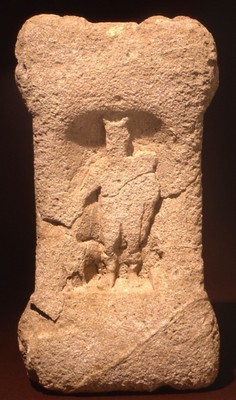 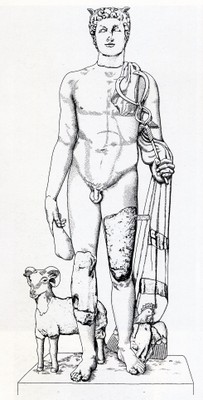 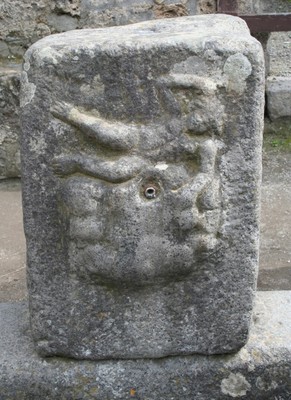 1 This article was written for the first RIHA Lecture at The Courtauld Institute of Art on 16th February, 2010. Versions were delivered in seminars at the Freie Universität, Berlin (TOPOI Excellence Cluster) and the University of Southampton (Department of Archaeology), and I am grateful for the contributions of participants. I also thank the reviewers for their comments, even where suggestions have not been adopted. The maps were produced by Michele Massa, with the help of data compiled by Marion Ferrat. Their work as my research assistants was funded by The Courtauld Institute of Art. I am most grateful to Karin Kyburz for her skill in acquiring images.

2 Thomas DaCosta Kaufmann, Toward a Geography of Art, Chicago and London 2004, reviews the geographical study of art since antiquity and analyses its recent rejuvenation (esp. 10-11, 17-104).

4 Cf. Warren Treadgold, A History of the Byzantine State and Society, Stanford 1997, 8 fig. 1 (that graph starting in late third century).

6 For the use of the term "Romanism" cf. Miranda Aldhouse-Green, An Archaeology of Images. Iconology and Cosmology in Iron Age and Roman Europe, London and New York 2004, xvi.

9 Generally see Otto Brendel, Prolegomena to the Study of Roman Art, New Haven 1979; T. Hölscher, The Language of Images in Roman Art, trans. A. Snodgrass and A. Künzl-Snodgrass, with Foreword by J. Elsner, Cambridge 2004.

10 To use the title of Arthur Danto's book, After the End of Art. Contemporary Art and the Pale of History, Princeton 1997. A similar attitude to Hellenistic art used to prevail, encouraged by Pliny the Elder's claim in Naturalis Historia 34.52, that in the 290s BC the art of bronze sculpture "stopped" (cessavit deinde ars).

11 Elaine Gazda, "Beyond Copying. Artistic Originality and Tradition", in: eadem, ed., The Ancient Art of Emulation. Studies in Artistic Originality and Tradition from the Present to Classical Antiquity, Ann Arbor, MI, 2002, 1-24, here 1-15. Cf. Elsner in Hölscher, The Language of Images, xviii, for postmodernism as an analogy for Roman eclecticism.

12 Plotinus, Enneads 2.7; cf. Plato, Republic 597d-e. Cf. R. Bianchi Bandinelli's characterization of simplistic sculptures, which lack culturally specific traits, as outside history – "primitive art, and what we may call 'non-culture', are timeless": Rome. The Centre of Power. Roman Art to AD 200, London 1970. Provincialism is, of course, worse than primitivism.

13 For example, Diana Kleiner's authoritative volume on Roman Sculpture (New Haven and London 1992), is typical of many general discussions of Roman art (including my own): approximately 15% of the figures show works with a provenance outside Italy. The proportion in my own book Roman Art (Oxford 2004), which aims to survey the discipline, is the same. Kleiner herself notes p. 16 the "pressing need" for further studies of provincial sculpture.

14 Cf. the influential and eloquent account of provincialism in Kenneth Clark, Provincialism, London 1962 (Presidential address to The English Association), esp. 3-4: "In these instances it may be said that provincialism is simply a matter of distance from the centre, where standards of skill are higher and patrons more exacting [...] provincial art fails from its lack of style [...]."

19 Cf. Martin Millett, The Romanization of Britain. An Essay in Archaeological Interpretation, Cambridge 1990, 116-117, arguing that in Britain the choice of a tombstone was more important than its quality or degree of classicism.

22 Castelnuovo and Ginzburg, "Centre and Periphery".

23 Martin Millett, English Heritage Book of Roman Britain, London 1995, 99. We also need to be aware that the shape of the Roman empire was very different from that projected in modern maps, inasmuch as patterns of urbanism, or lines of communication by water or road, placed some areas "closer" to Rome and the Mediterranean, or further away, than they literally are.

24 See e.g. A.W. Epstein, "The Problem of Provincialism. Byzantine Monasteries in Cappadocia and Monks in South Italy", in: Journal of the Warburg and Courtauld Institutes 42 (1979), 28-46. To an extent Clark's lecture, Provincialism, attempts to re-evaluate provincialism from a connoisseurial perspective.

32 For a critical overview of the situation see Miranda Green, "God in Man's Image. Thoughts on the Genesis and Affiliations of Some Romano-British Cult-Imagery", in: Britannia 29 (1998), 17-30.

33 The fascicules of CSIR Great Britain, vol. 1 (1977-), have been used, except for the north-west of England (shaded area), which will be the subject of a future fascicule by L. Allason-Jones and J. Coulston. Data for this area are provisional, being derived less systematically from a variety of publications. The CSIR fascicules represent a thorough and generally consistent, but not altogether comprehensive or up-to-date, survey of identified material in their respective regions. I am most grateful to Francis Grew of the Museum of London for making available the list of entries in the forthcoming south-east England fascicule. The points plotted on the maps include works in metal and in imported marble, but comprise overwhelmingly British stones. They exclude clearly modern and dubious works.

34 On military sculpture and its styles see Natalie Kampen, "The Art of Soldiers on a Roman Frontier. Style and the Antonine Wall", in: Eve D'Ambra and Guy Métraux, eds., The Art of Citizens, Soldiers and Freedmen in the Roman World, Oxford 2006, 125-134. She stresses the need to consider the communities of sculpture-users in the provinces, and criticises discussions of military provincial sculpture in terms of "lack" (134).

38 On the nature of the army's Roman status and identity see Hingley, Globalizing Roman Culture, 93-94; with reference specifically to military art see Kampen, The Art of Soldiers, 132.

40 B. Galsterer and H. Galsterer, Die römischen Steininschriften aus Köln, Cologne 1975. My figures are approximate because of the difficulty of interpreting fragmentary stones, and many stones cannot be identified adequately. Veterans are omitted. Impressionistically, one can make a similar observation about other military tombstone on the Rhine.

41 Note discussion of similar patterns elsewhere on the Rhine and Danube by Valerie Hope, Constructing Identity. The Roman Funerary Monuments of Aquileia, Mainz and Nîmes, Oxford 2001, 41-43.

45 To use a near-neologism that is endemic in discussions of Romano-British culture.

48 The figure excludes the mass grave on the site containing more than 90 other individuals' remains from the later second century. See A. Simmonds et al., Life and Death in a Roman City. Excavations of a Roman Cemetery with a Mass Grave at 120-122 London Road, Gloucester, Oxford 2008, with 116-118 on the stelae.

49 I am aware of no clear cases of extant gesso or paint on Romano-British sculptures, though it is assumed to have been used and survives on Roman sculptures elsewhere in Europe (e.g. from Carnuntum in Austria).

51 See now the important study by Kevin M.J. Hayward, Roman Quarrying and Stone Supply on the Periphery – Southern England. A Geological Study of First-Century Funerary Monuments and Monumental Architecture, Oxford 2009. Hayward's petrographic studies demonstrate some of the patterns of movement of British and Continental freestones in the south and south-east of England, where good monumental stone is lacking, and in the early period of the Roman province. They present sometimes surprising examples of stone movement, as well as the general attraction of proximate stone sources.

57 The picture tends to be most complex where stone is not immediately available, or is transported from a variety of nearby sources. See e.g. Hayward, Roman Quarrying and Stone Supply; the forthcoming fascicule of the CSIR for south-east England (Francis Grew, pers. comm.); and e.g. Bojan Duric et al., "Stone Use in Roman Towns. Resources, Transport, Products and Clients", in: Starinar 56 (2006), 103-137, dealing with stone sources for Sirmium in modern Serbia.

63 See e.g. Kaufmann, Toward a Geography of Art.

67 Although the iconography was used in Rome and in other regions it appears to have had little direct influence on the spread of the imagery in the northern provinces. See generally Johanna Fabricius, Die hellenistischen Totenmahlreliefs, Munich 1999; Katherine Dunbabin, The Roman Banquet. Images of Conviviality, Cambridge 2003, esp. 103-110; Stewart, "Totenmahl Reliefs" (with further bibliography).

77 On the place of "popular art" within discussions of centres and peripheries in early modern Italy cf. Castelnuovo and Ginzburg, "Centre and Periphery", 49-51.