Rewriting Painting in the Postmedium Condition

Is landscape painting still relevant today? To answer this question the article examines the work of the contemporary artist Yehudit Sasportas. Sasporas offers a unique kind of written-drawn landscape painting that moves between the manual and the mechanical. The theoretical perspectives from which it is approached are taken, among others, from Plato, Heidegger and Derrida on the issue of writing. Sasportas painting, which may be characterized as "painting under erasure" or "Landscape Painting", serves as a key to understanding the status of painting as a relevant medium, not because it defines medium according to the modernist Greenbergian formula, but because it enables an understanding of painting as a field that exists in a variety of media. Painting as a field, in Sasportas's art, works and lives within various techniques and materials, even when it includes within itself a melancholic mark indicating doubt about its own relevance.

Painting between Logic and Sensation 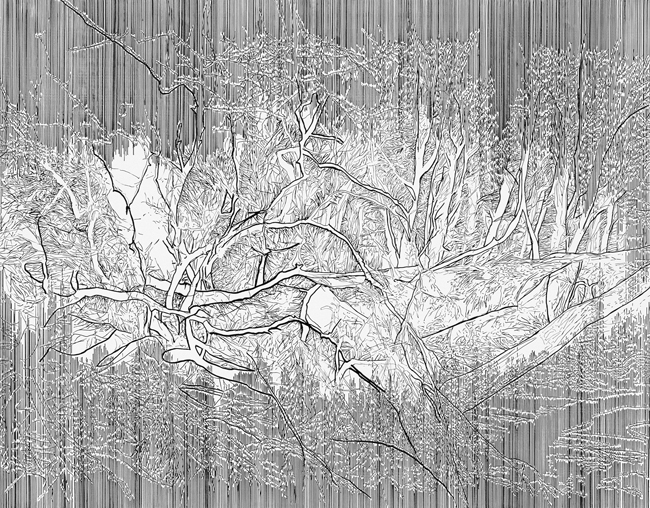 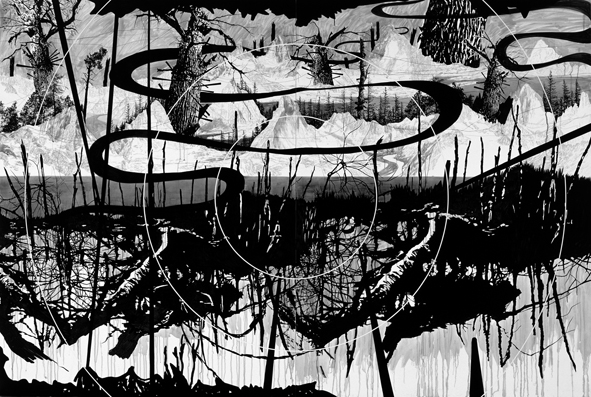 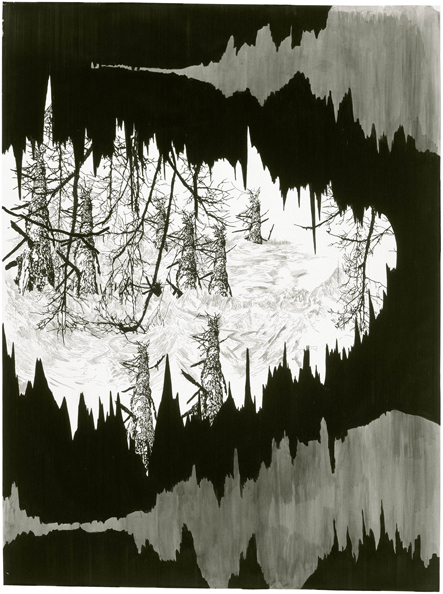 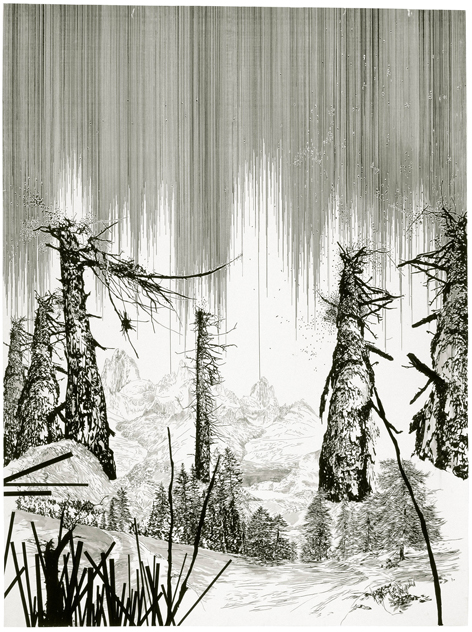 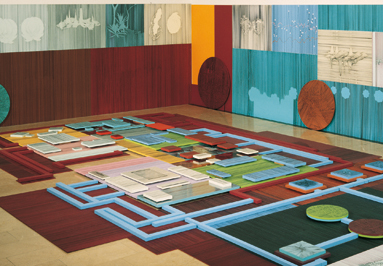 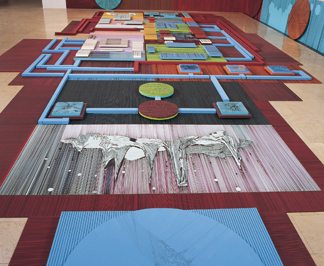 5 a / b Yehudit Sasportas, The Carpenter and the Seamstress, 2000, acrylic and ink on MDF, dimensions variable, installation at the Tel Aviv Museum of Art. Collection of the artist and Sommer Gallery, Tel Aviv. Photograph: Igal Pardo 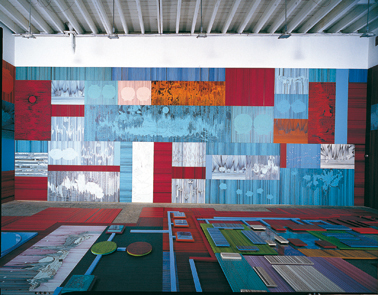 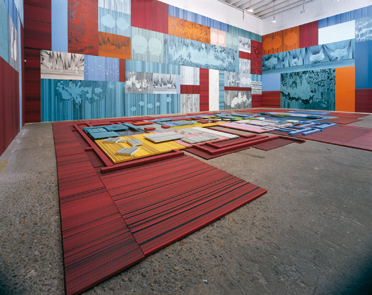 6 a / b Yehudit Sasportas, The Carpenter and the Seamstress, 2001, acrylic and ink on MDF panels, dimensions variable, installation view at the Deitch Projects, Nr. 200, New York. Collection of the artist and Sommer Gallery, Tel Aviv. Photograph: Tom Powell 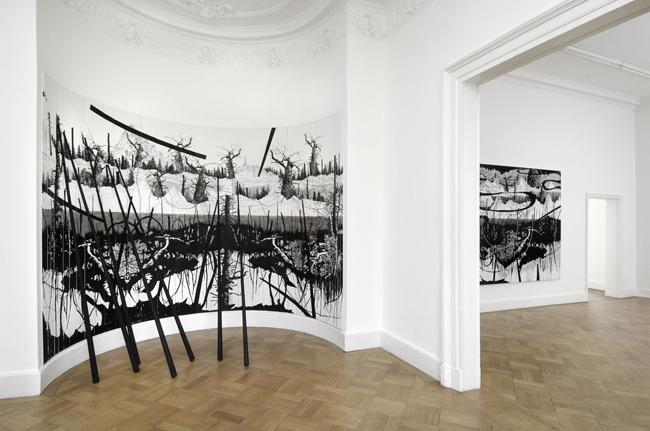 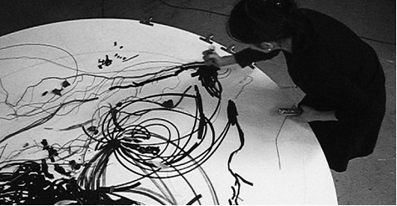 Painting between Logic and Sensation 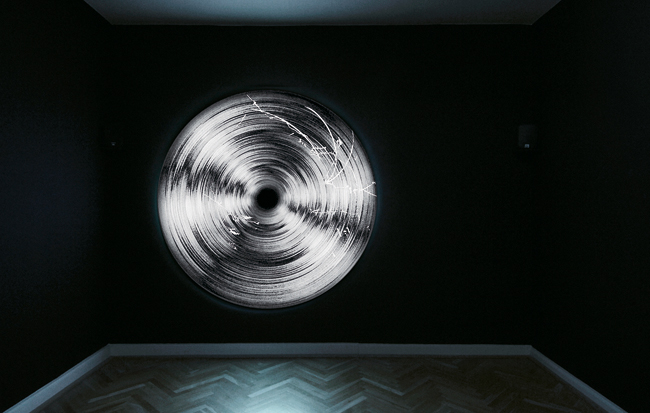 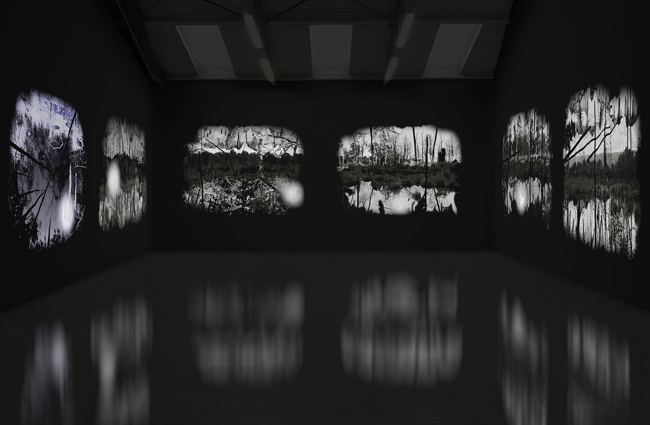 3 On the radical dependency of landscape discourse in the ideological perspective see: "The Art Seminar," in: Landscape Theory, 118-150.

4 The question of the medium and the postmedium condition is discussed by Rosalind E. Krauss in various texts. I will discuss her theoretical suggestions in the last part of this article, see notes 31, 32 below, and see also Rosalind E. Krauss, 'A Voyage on the North Sea': Art in the Age of the Post-Medium Condition, London 2000.

7 Copyright for all works of art and photographs in this article is held by Yehudit Sasportas.

12 The elongated rods that can resonate writing tools or embroidery needles appear as images in some of Sasportas's works and as three-dimensional props next to the paintings as part of the installation. See also the installation view of How Long Is Now, 2008, ink on 35 panels of different sizes foil-cladded on canvas, 260 × 475 cm, in: Yehudit Sasportas: The Laboratory, 49.

23 Diarmuid Costello and Dominic Willsdon, Introduction to The Life and Death of Images, 21.

24 As described by Judith Butler in her "Response To JM Bernstein," in: The Life and Death of Images, 58.

25 For a discussion of the film properties as crossing the dependency on the referent see Stanley Cavell, The World Viewed: Reflections on the Ontology of Film, enlarged edition, Cambridge 1979.

26 In the context of the romantic painting's "glossary," landscape painting is perceived as committed to concrete topography, to representation; thus the metaphysical framework understood painting as obligated to the concept of presence.

28 Sasportas's action can be called an act of violence, a painter's action that turns against painting. The purpose of this violent process can be read as an attempt to be ethical. The ethical dimensions of this stand will be discussed in another framework.

29 Judith Butler, "Beyond seduction and morality: Benjamin's early aesthetics," in: The Life and Death of Images, 71.

34 For a critical discussion on the implications of Krauss's analysis of cinema as a medium that is in the end self-contained, and on her "aversion" to installation, as symptoms of her rigid opposition between the modern and the postmodern, see Kim, "The post-medium condition and the explosion of cinema," 119.