Poetic Recuperations: The Ideology and Praxis of Nouveau Réalisme

Taking previously un-translated writings of critic Pierre Restany as a primary source, this article demonstrates how his vision for the Nouveau Réaliste movement of the 1950s and 1960s demands a detailed and theoretical (rather than historically contextual) exploration of its attempt to reconcile visual art with the quotidian. Accordingly, Bürger's criticism of the historical and neo-avant-gardes is weighed against theories of aesthetics and politics from Adorno to Rancière. In addition, Heidegger's work on the art object, alongside Benjamin's interest in Hölderlin, serves to inform an analysis of Restany's investment in a concept of the 'poetry of the real'. Individual works by Niki de Saint-Phalle, Daniel Spoerri and Yves Klein are also investigated as exemplars of the Nouveau Réaliste ideology. My interest in Restany's life and work stems from recent art world concentrations on the banal or 'infra-ordinary' and its relation to similar concerns within sociology. 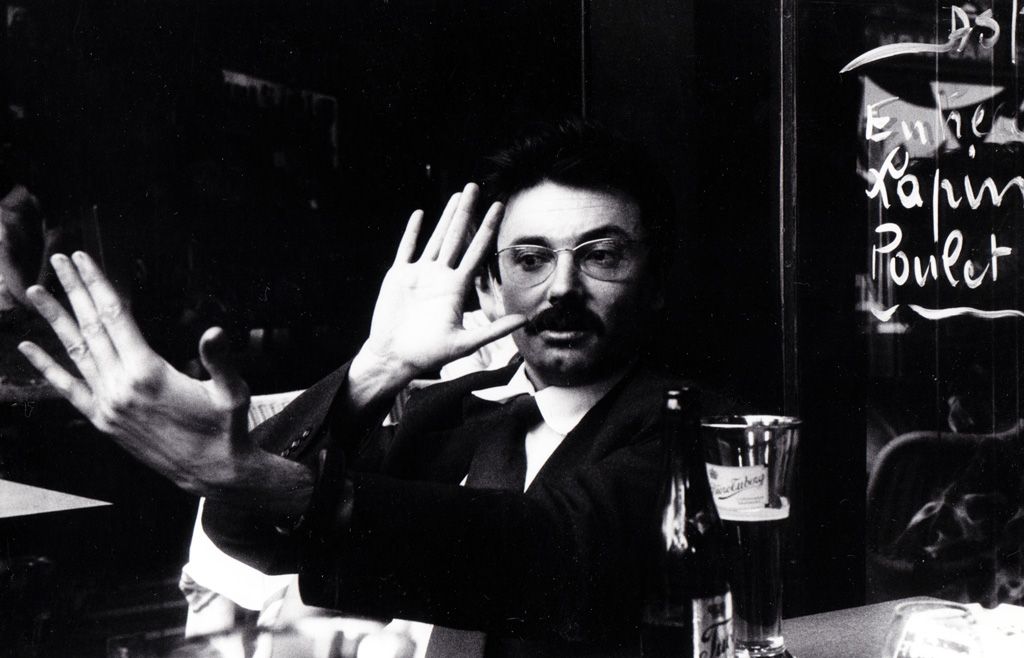 Only after art has in fact wholly detached itself from everything that is the praxis of life can two things be seen to make up the principle of development of art in bourgeois society: the progressive detachment of art from real life contexts, and the correlative crystallization of a distinctive sphere of experience, i.e., the aesthetic.9

[a]n art no longer distinct from the praxis of life but wholly absorbed in it will lose the capacity to criticize it, along with its distance. During the time of the historical avant-garde movements, the attempt to do away with the distance between art and life still had all the pathos of historical progressiveness on its side. But in the meantime, the culture industry has brought about the false elimination of the distance between art and life, and this also allows one to recognize the contradictoriness of the avant-gardiste undertaking.12

[i]t is, however, neither the boundary nor the object that is active, but us. Every time the border between art and the everyday is wiped away we react by reinstating it. Paradoxically, the institution that determines what does or what doesn't count as a work of art gains in significance to the degree that works of art and everyday objects become indistinguishable.18

Because the individual does not realize him- or herself in actions in and for society but only in pursuit of private advantage, he/she experiences society as an external limit to action rather than as something in essence universal. [...] Thus, as history withdraws as a possible arena for sensuous experience, so art becomes the site of imaginary self-realization. [...] Thus alienation necessarily penetrates into the realm of art. The experience of meaning that the subject longed for becomes the never-ending story of the representation of its absence.19

It seems that the only chance of meaningful action in modernity is whole-hearted engagement with meaninglessness. [...] Art's attempt to assimilate itself to political agitation is the impossible gesture that must be forever enacted and then retracted. The new life will not come, but it remains an alternative we must continue to suggest.24

Art […] is social not only because of its mode of production, in which the dialectic of the forces and relations of production is concentrated, nor simply because of the social derivation of its thematic material. Much more importantly, art becomes social by its opposition to society, and it occupies this position only as autonomous art.27

Insofar as a social function can be predicated for artworks, it is their functionlessness. Through their difference from a bewitched reality, they embody negatively a position in which what is would find its rightful place, its own. Their enchantment is disenchantment. Their social essence requires a double reflection on their being-for-themselves and on their relations to society.31 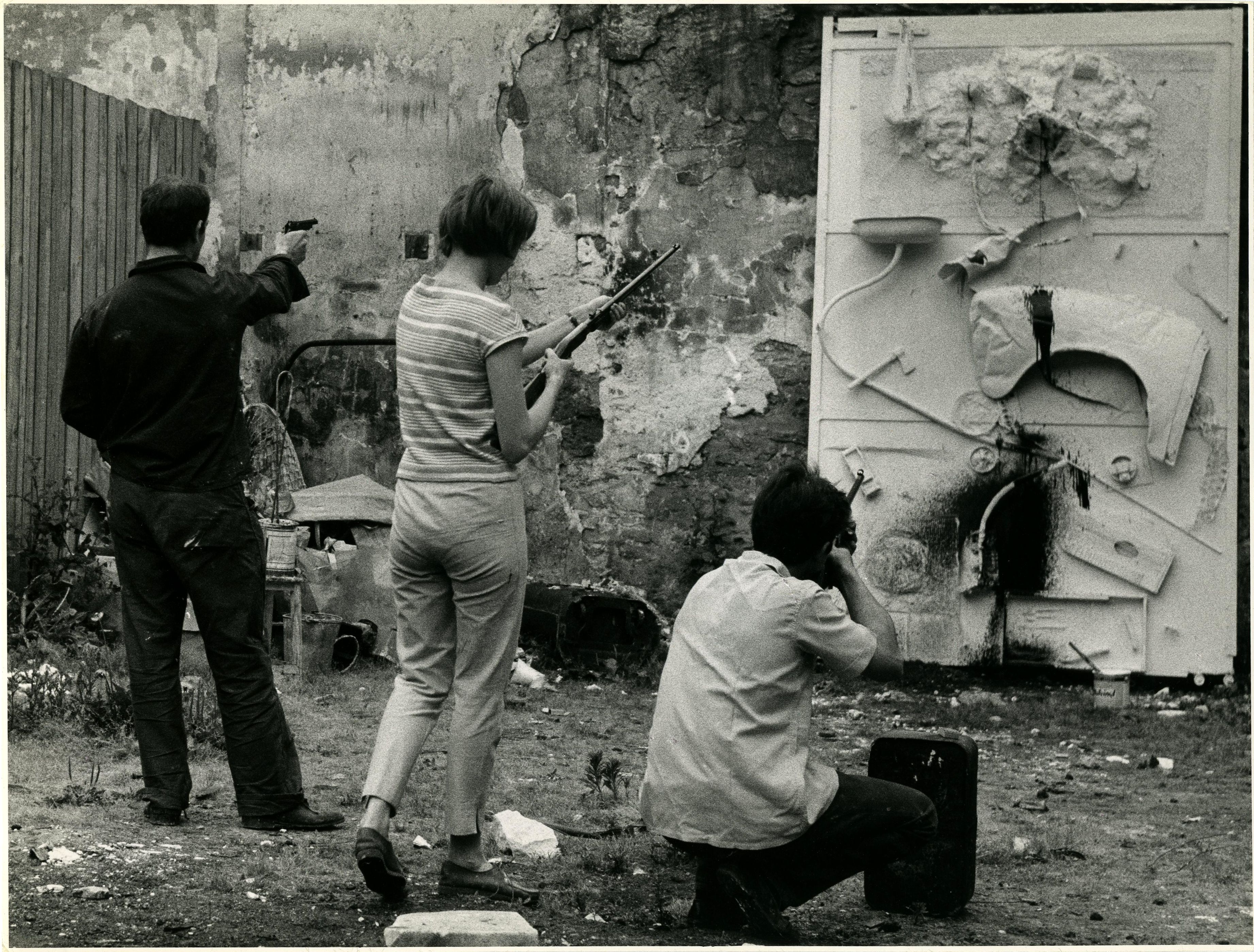 Since time immemorial, human reactions to artworks have been mediated to their utmost and do not refer immediately to the object; indeed, they are now mediated by society as a whole. The study of social effect neither comes close to understanding what is social in art nor is it in any position to dictate norms for art, as it is inclined to do by positivist spirit. [...] Art and society converge in the artwork's content, not in anything external to it.35

The contradiction between the object reconciled in the subject, i.e. spontaneously absorbed into the subject, and the actual un-reconciled object in the outside world, confers on the work of art a vantage-point from which it can criticize actuality. Art is the negative knowledge of the actual world.36

It is claimed that the age of art is over; now it is a matter of realizing its truth content, which is facilely equated with art's social content: the verdict is totalitarian. [...] The moment art is prohibited and it is decreed that it must no longer be, art – in the midst of the administrative world – wins back the right to exist, the denial of which itself resembles an administrative act.42

The sphere of entertainment, which has long been integrated into production, amounts to the domination of this element of art over all the rest of its phenomena. These elements are antagonistic. The subordination of autonomous artworks to the element of social function buried within each work and from which art originated in the course of a protracted struggle, wounds art at its most vulnerable point.44

1. A method of perception and sensible communication in the service of a cosmic intuition;

2. A desire to integrate industrial technique into the metamorphosis of the quotidian;

3. A wish to poetically recuperate the most current forms from the explosion of organized visual languages: posters, advertising, and mass media.45

Nouveau Réalisme values the artistic baptism of the object as a major event and from it infers a transcendental lesson. Whatever the everyday object, it is removed from the grip of contingency: by invocation, that is by the sole aspect of voluntary choice it becomes a work of art, but a work of art endowed with an absolute and general potential for expressivity. The concept of the ready-made also shifts in meaning, or better, it is carried to the extreme limit of its extension. Duchamp's urinal is not only a sculpture, but it is all sculpture, within easy reach of the hand.48

The world worlds, and is more fully in being than the tangible and perceptible realm in which we believe ourselves to be at home. World is never an object that stands before us and can be seen. World is the ever-non-objective to which we are subject as long as the paths of birth and death, blessing and curse keep us transported into Being.50

The concept of the poetized is [...] a limit-concept. It is first of all a limit-concept with respect to the concept of the poem. As a category of aesthetic investigation, the poetized differs decisively from the form-content model by preserving within itself the fundamental aesthetic unity of form and content. Instead of separating them, it distinctively stamps in itself their immanent, necessary connection.56

Thus, the poetized emerges as the transition from the functional unity of life to that of the poem. In the poetized, life determines itself through the poem, the task through the solution. The underlying basis is not the individual life-mood of the artist but rather the life-context determined by art.58

[m]imēsis is not the law that brings the arts under the yoke of resemblance. It is first of all a fold in the distribution of ways of doing and making as well as in social occupations, a fold that renders the arts visible. It is not an artistic process but a regime of visibility regarding the arts. A regime of visibility is at once what renders the arts autonomous and also what links this autonomy to a general order of occupations and ways of doing and making.61

The 'interrupted spectacle' revokes the privilege of the theatrical space of visibility, the separate space where representation offered itself up to vision as a specific activity. Now there is poetry anywhere and everywhere [...]. There is poetry wherever some spectacle can symbolize the identity of what is thought and what is not thought, what is wanted and what is not wanted.66

Such is the paradox of the aesthetic regime in the arts. It posits the radical autonomy of art, its independence of any external rule. But it posits it in the same gesture that abolishes the mimetic closure separating the rationale of fictions from that of facts, the sphere of representation from other spheres of existence.68

What we are in the process of rediscovering, more so in Europe than the United States, is a new sense of Nature, our contemporary Nature – industrial, mechanical, promotional. The fields of Arcadia are henceforth repressed in the most mythical zones of our vision. It is the city or the factory that is the context of our everyday reality.69

This recognition of the autonomy of the exterior object does not merely involve the resolution of the concept of a work of art: it immediately poses the problem of the interaction of objects with the psyche of the individual. This metaphysics of technology risks ending up as a sort of meditative animism.70

The deviant function travels to the zero degree of expression and stops there; an intellectual choice destined to develop an internal logic of disposability, this 'poetic' perspective is made complete by its incarnation as the deontology of a style, in an artistic orientation, to the detriment of pure revolutionary ferment.75 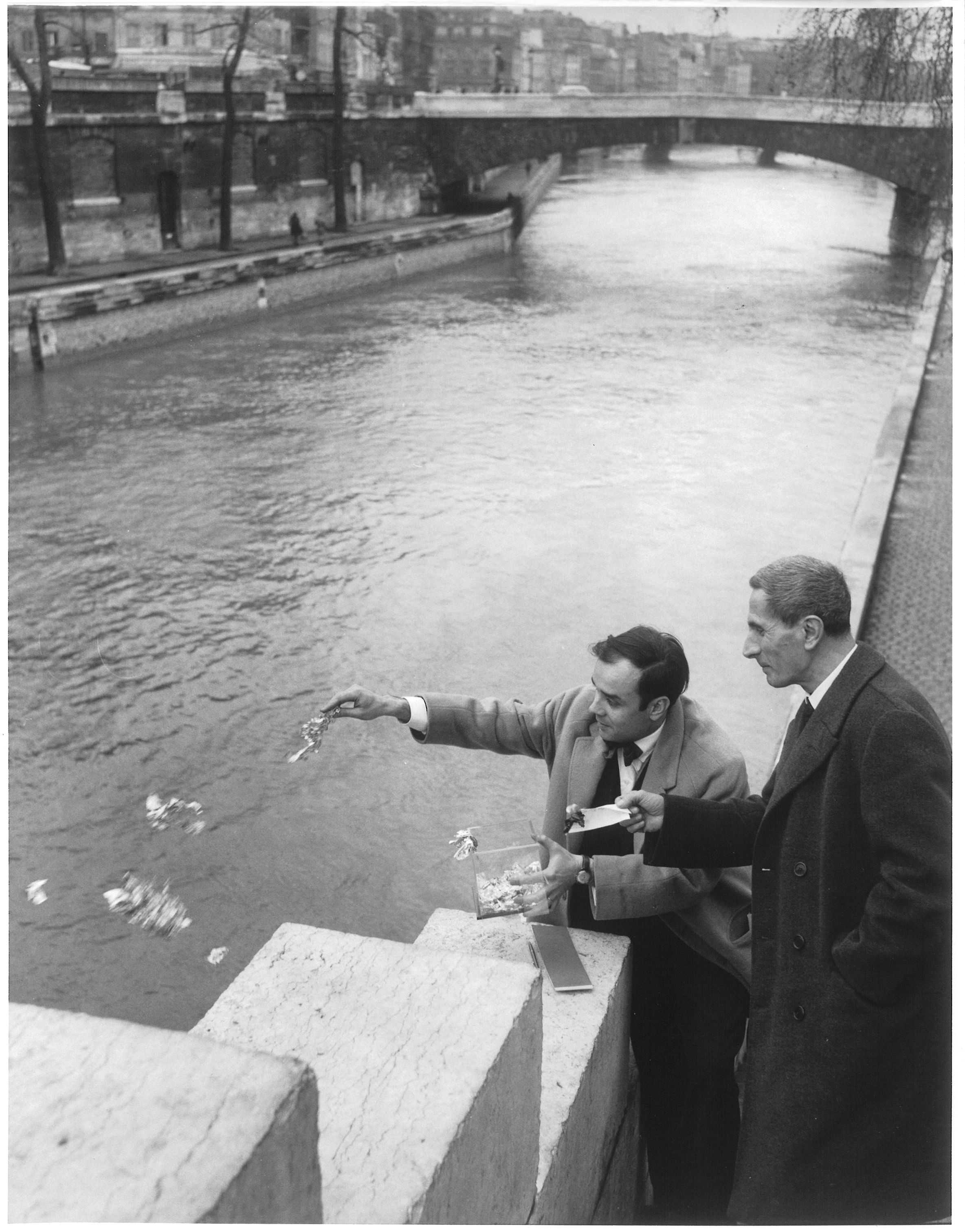 4 Nuit Banai, 'The Ready-made Public and Its Phantom', in: Pierre Restany's Half-Century, an international colloquium organized by the National Institute of Art History in partnership with the International Association of Art Critics and the Archives of Art Criticism, Paris, 30 November – 1 December 2006.

41 Spoerri, An Anecdoted Topography of Chance, 13.

60 Jacques Rancière, The Politics of Aesthetics: The Distribution of the Sensible, trans. Gabriel Rockhill, London 2004, 20-21.

61 Rancière, The Politics of Aesthetics, 22.

63 Rancière, The Politics of Aesthetics, 23.

76 Rancière, The Politics of Aesthetics, 39.

77 Rancière, The Politics of Aesthetics, 39.

78 See Nicolas Bourriaud, Relational Aesthetics (1998), trans. Simon Pleasance and Fronza Woods, Dijon-Quetigny 2002. Interestingly, this work was published just before Bourriaud began serving as the co-director of the Palais de Tokyo when, incidentally, Restany was the acting President on the Board of Trustees. Bourriaud was also the keynote speaker at the aforementioned 2006 conference in Paris, where he credited Restany as a powerful influence on his own curatorial work.

79 Rancière, The Politics of Aesthetics, 41.

80 Michel Foucault, The Order of Things: An Archaeology of the Human Sciences (1966), (no individual translator credited), London 1989, xviii.