Altichiero was the dominant north Italian painter of the later Trecento. In Padua, in the 1370s and early 1380s, he worked for patrons close to Petrarch and his circle and perhaps in direct contact with the poet himself. By the time of the second edition of Vasari's Vite (1568) the memory of Altichiero's work had suffered significant occlusion, and Vasari's account of him is little more than an appendix to his life of Carpaccio. Only since the later nineteenth century, and particularly in the last fifty or so years, has Altichiero's reputation been restored. It is the purpose of this paper to examine aspects of that reputation throughout the century or so after the painter's death (by April 1393). 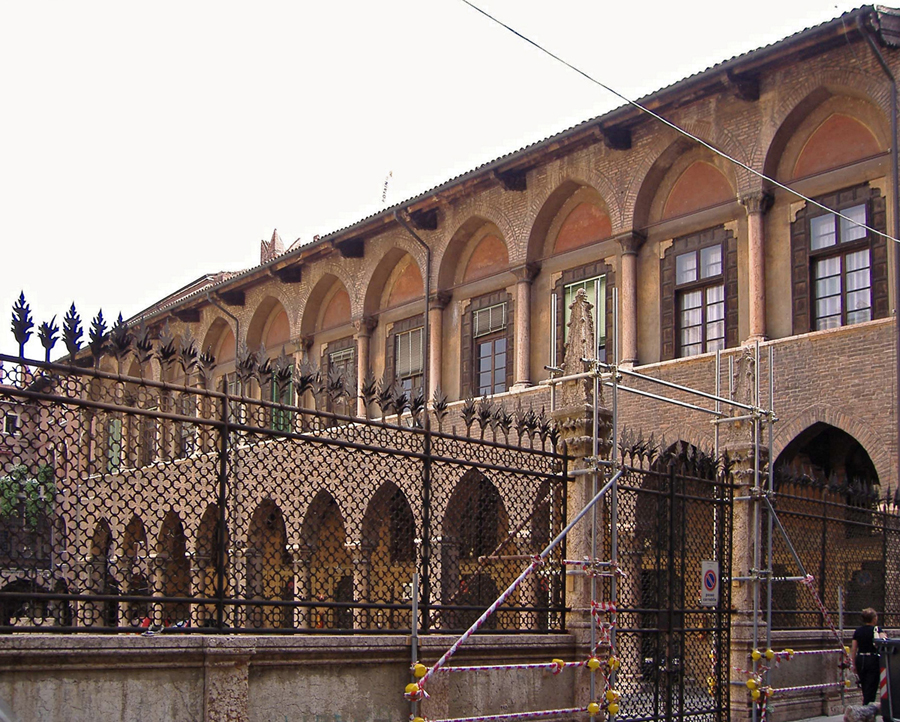 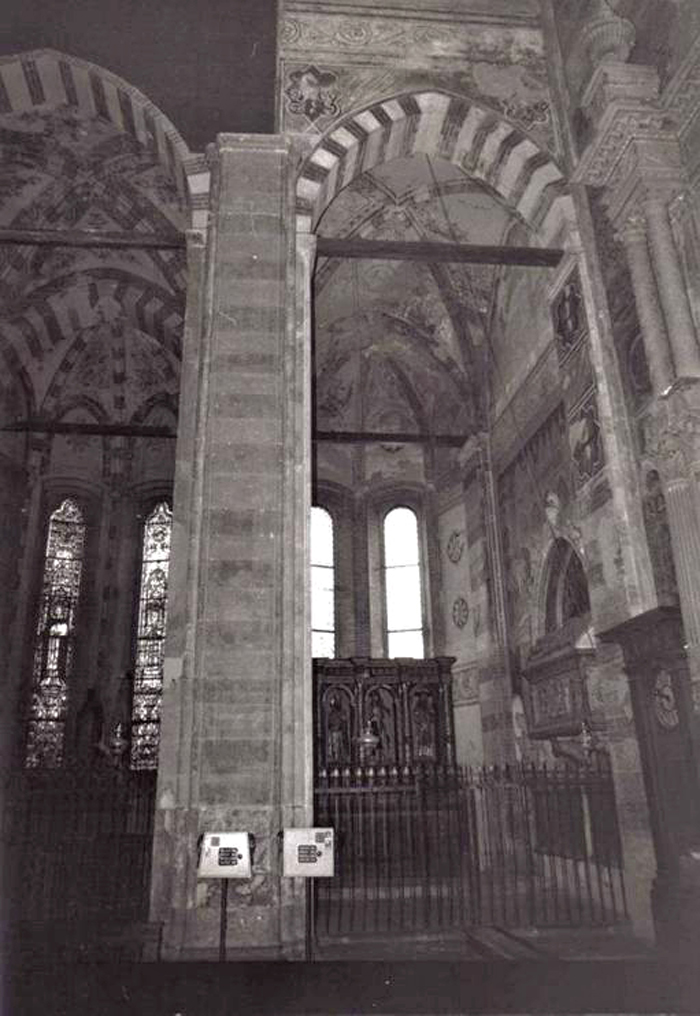 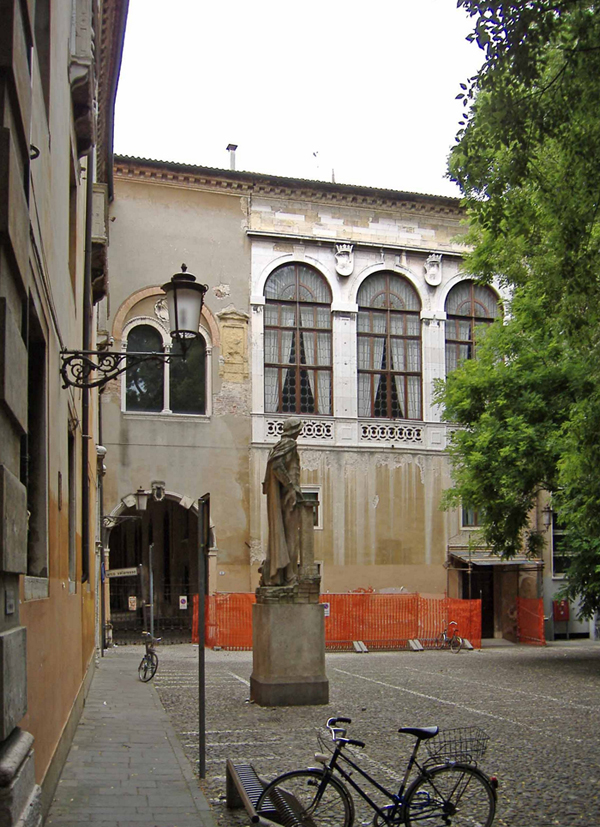 When one ascends the principal staircase, one finds balconies, all decorated, on the upper floor around the loggia, with marble columns and magnificent windows overlooking both courtyards. On either side are two most spacious halls, of which the first is called [the Sala] Thebarum and the other [the Sala] Imperatorum … by the hands of the illustrious painters Ottaviano and Altichiero.33

13 Theodor E. Mommsen, "Petrarch and the Decoration of the Sala Virorum Illustrium in Padua," in: The Art Bulletin 34 (1952), 95-116, and John Richards, Altichiero: An Artist and his Patrons in the Italian Trecento, Cambridge 2000, 104-134. Donatello is mentioned as the sculptor of the Gattamelata monument in Padua, Sanuto, Itinerario per la terraferma Veneziana, 26.

19 That Altichiero had a formative influence on Pisanello's development has been a given of much modern scholarship from Hill to Paccagnini, e.g. "both [Altichiero and Avanzi] represent the same tendencies which culminated in Pisanello," George Francis Hill, Pisanello, London 1905, 9; and "[it was] "the awareness [Pisanello] developed of the austere and monumental quality of Altichiero's art, which … became a truly integral part of his artistic expression," Giovanni Paccagnini, Pisanello, London 1973, 148.

29 Biondo, Roma Trionfante, IX, 320r-v, cited by Linda Pellecchia, "Architects Read Vitruvius: Renaissance Interpretations of the Atrium of the Ancient House," in: Journal of the Society of Architectural Historians 51.4 (1992), 377-416, here 377.

46 Theodor E. Mommsen, Petrarch's Testament, Ithaca, NY 1957, 80. I exclude Stefano simply because his artistic personality is much less firmly defined than that of the others. His St. Anthony frescoes are lost. Savonarola may have included him as a sop to his new home. For the Paduan painters of the Trecento, see Antonio Sartori, Documenti per la Storia dell'Arte a Padova, Vicenza 1976.

54 Andrew Martindale and Niny Garavaglia, The Complete Paintings of Mantegna, London 1971, 7. Kristeller's reading remains valid. Of Squarcione he says: "One certainly does not gain from [his] pictures that impression that Squarcione was the influential artist whom the Paduan tradition, repeated since Vasari by almost all writers, represents him to have been" and that: "[Squarcione] was not so much the artistic, but rather the business head of his workshop." Paul Kristeller, Andrea Mantegna, London 1901, 26.

56 "If the Paduan school of the fifteenth century had been independent and autochthonous, it would certainly have taken its departure from the splendid and important works executed in Padua by artists of the Trecento." Kristeller, Andrea Mantegna, 32.

64 "Il Mantegna gli lodava come pittura rarissima." Giorgio Vasari, Le Opere, ed. Gaetano Milanesi, 9 vols., Florence 1906, 3, 635. It should be pointed out that Vasari attached this praise to the Trionfi which he says were part of the scheme and which he attributed to Jacopo Avanzi rather than Altichiero.