Skip to main content Skip to main navigation menu Skip to site footer
Marnin Young, The Death of Georges Seurat: Neo-Impressionism and the Fate of the Avant-Garde in 1891, RIHA Journal 0043

The Death of Georges Seurat: Neo-Impressionism and the Fate of the Avant-Garde in 1891*

This essay examines the critical and artistic responses to the death of Georges Seurat in 1891. While some at the time saw the avant-garde divided between scientifically-oriented neo-impressionism and mystical symbolism, the posthumous understanding of Seurat's work increasingly collapsed the two categories. In particular, the neo-impressionist embrace of the aesthetic of Charles Henry, in which compositional lines produced predictable effects on the viewer, made it possible to see Seurat's paintings in purely formal, indeed idealist, terms. The neo-impressionist avant-garde consequently struggled to define its distinctive nature over the course of the year, with important consequences for later art.

Neo-Impressionism and Symbolism in 1891

Yesterday I went to Seurat's funeral. I saw Signac who was deeply moved by this great misfortune. I believe you are right, pointillism is finished, but I think it will have consequences which later on will be of the utmost importance for art. 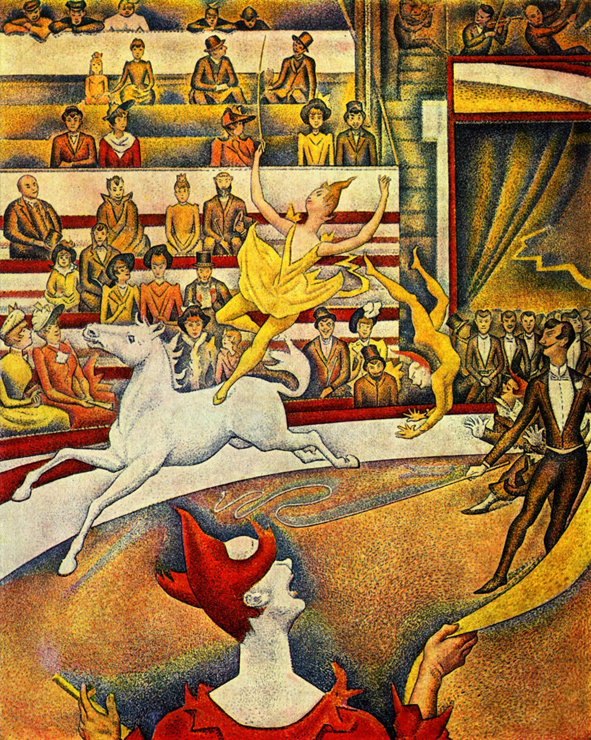 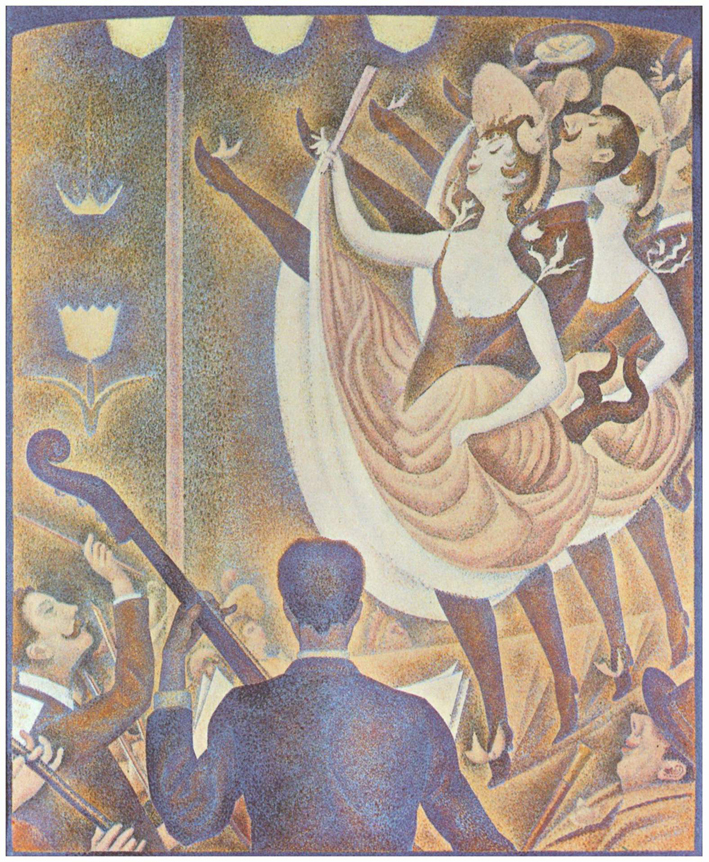 Neo-Impressionism and Symbolism in 1891

He wanted to know why certain combinations of colors produced an impression of joy, and he made, with this concern in mind, a sort of catalogue where each nuance was associated with the emotion it suggested. In its turn the expressive power of lines seemed to him to be a problem that could be given a definitive solution, for lines too have in them a secret power of joy or melancholy.10 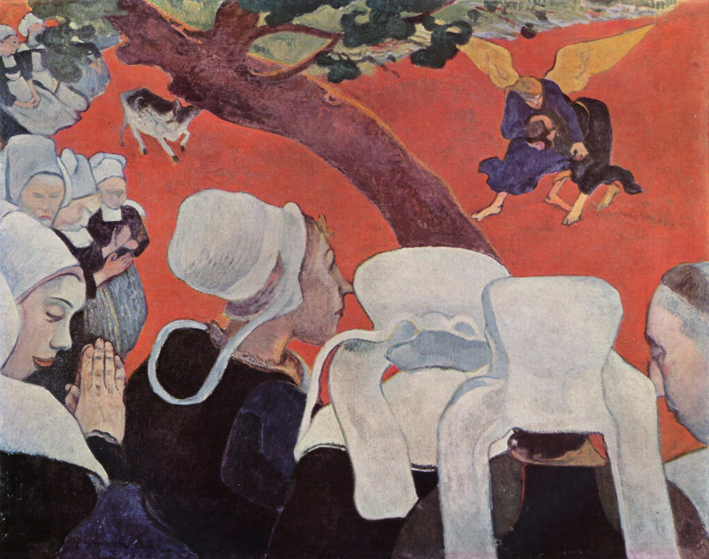 I do not hold his vermilion background against Gauguin […] I hold it against him that he failed to apply his synthesis to our modern philosophy, which is absolutely social, anti-authoritarian and anti-mystical. […] Gauguin is no visionary, he is a trickster who has sensed that the bourgeoisie is in full retreat, as a result of the great ideas of solidarity springing up among the people – an idea that is still not conscious of itself, but one that will bear fruit, the only legitimate one! – The symbolists are in the same boat! What do you think? That's why we should be fighting them like the plague!25 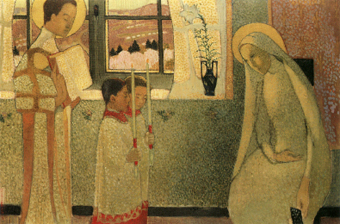 Consider le Cirque: what an intense sensation of radiant joy, what an undulating music the lines make […] Everything plays a part in producing the desired effect: the palpitating orange light in which the picture is bathed, the linear layout, which is made up entirely of curves inflected and precipitated in the direction of the main motif.41

Better than those I first listed for you, my dear Willy, and who assume a drab coloring or cacophonic of aleatory allegories [here he is referring to Gauguin, Denis, and others] these painters realize the definition established by Pierre-Louis Denis himself: 'A picture – before being a battle horse, a nude woman, or some anecdote – is essentially a plane surface covered with colors in a certain assembled order.'51 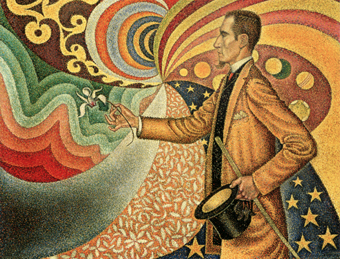 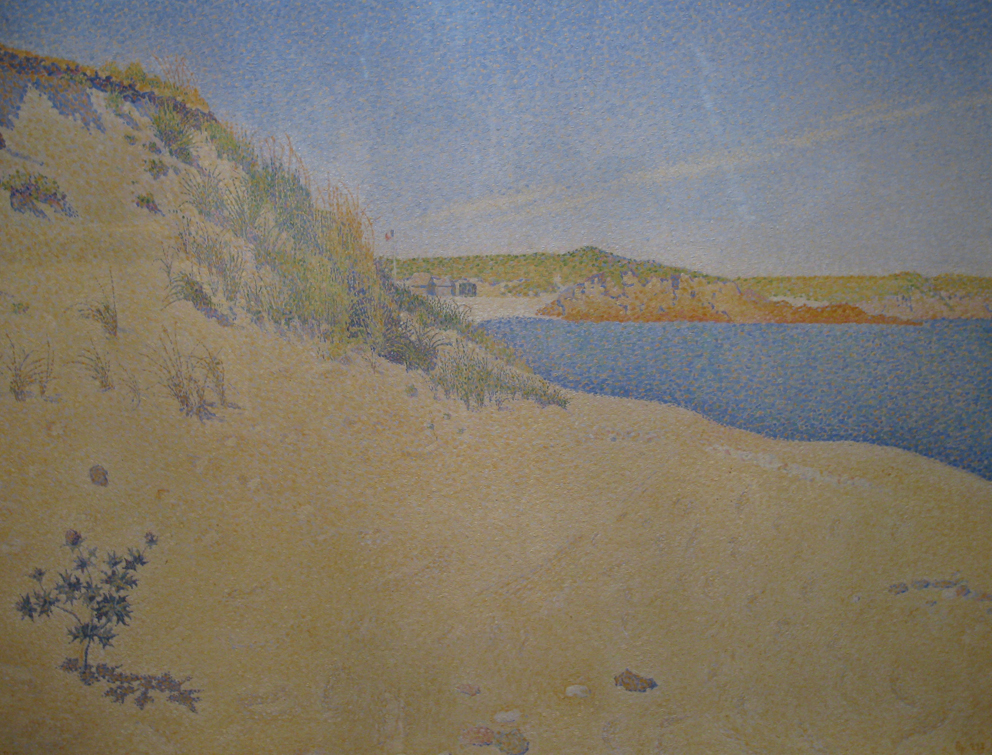 objects, considered abstractly, the diverse combinations of lines, planes, shadows, colors, constitute the vocabulary of a mysterious but miraculously expressive language that one must know in order to be an artist. [...] Charles Henry, who would not be suspected for having symbolist ties, preoccupies himself with this problem and has written several interesting notes, although too superficial, on the signification of linear directions and chromatic combinations.76 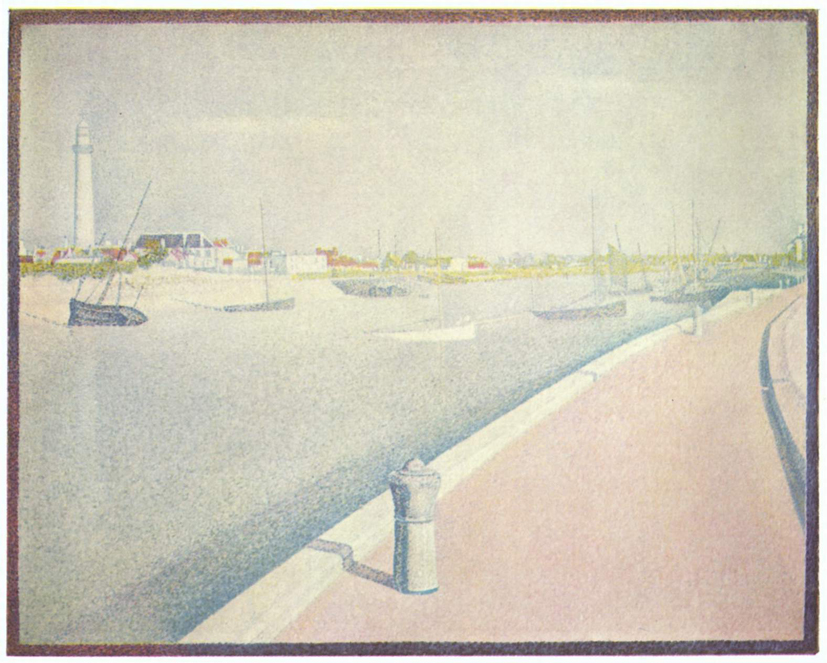 How to cite this article:
MarninYoung, "The Death of Georges Seurat: Neo-Impressionism and the Fate of the Avant-Garde in 1891", RIHA Journal 0043, Special Issue "New Directions in Neo-Impressionism" (14 July 2012), URN + URL: (date of access: [please add]).

* This paper originated in a seminar on Camille Pissarro at the University of California, Berkeley. For feedback on that original version, I would like to thank Tim Clark and Katherine Kuenzli. Subsequent comments on the completely revised version, first presented at the "New Directions in Neo-Impressionism" conference in London, especially from Todd Cronan and the anonymous reviewers, have proved helpful as well. Many thanks to Tania Woloshyn, Anne Dymond, and Regina Wenninger for their editorial assistance. Unless otherwise indicated, translations are mine.

4 Charles Angrand, letter to Gustave Coquiot, quoted in Coquiot, Seurat, Paris 1924, 166-167. Angrand dates the incident to the Monday or Tuesday before Easter 1891, that is 23 or 24 March. No doubt Seurat was especially disappointed with the reaction to his painting, as he had worked hard organizing the hanging of the exhibition. For his part, Angrand played a special role in the painting: he appears in the first row of circus spectators.

14 See, for example, Martha Ward, Pissarro, Neo-Impressionism and the Spaces of the Avant-Garde, Chicago 1996; and, Smith, Seurat and the Avant-Garde.

33 The Vatican's policy of Ralliement can be dated from November 1890, when Cardinal Lavigerie gave a speech calling for Catholic loyalty to the Republic. See Richard Thomson, The Troubled Republic: Visual Culture and Social Debate in France 1889-1900, New Haven 2004, 120. On Denis and Catholicism, see Katherine M. Kuenzli, The Nabis and Intimate Modernism: Painting and the Decorative at the Fin-de-Siècle, Farnham and Burlington 2010, 105-148.

34 Although scaled for exhibition, the 1889 version of the Mystère catholique (now in the Musée Départmental Maurice Denis, Saint-Germain-en-Laye) does not contain the aspasmos inscription, suggesting that Denis may have added the Greek specifically for the exhibition of the 1890 version at the Indépendants. He later produced three smaller versions of the pointillist painting for private buyers.

39 Denis had befriended Retté in 1890, around the time he finished the third version of Mystère catholique, and apparently asked him to give a positive review of the Indépendants in 1891. See Kuenzli, The Nabis, 37.

43 Much of what I say in this and the following paragraph is indebted to the work of Todd Cronan, whose forthcoming book Matisse, Bergson and the Philosophical Temper of Modernism (The University of Minnesota Press) offers a more extended account of this history and its consequences for modernist painting. The absence of the names Charles Baudelaire, Humbert de Superville, and David Sutter from my own account indicates its obvious simplification.

46 Christine Poggi, In Defiance of Painting: Cubism, Futurism, and the Invention of Collage, New Haven 1992, 170.

47 See Kahn, "Seurat," 1891, 109. Seurat's subsequent letter to Maurice Beaubourg, which he never mailed, is now more famous, but it did not appear in print until the 1920s. Before then, Jules Christophe's biography of Seurat, which Kahn quotes, contained the only known statement by the artist on the wider theoretical basis of his art.

58 Among other things, Signac had provided visual aids for a talk Henry gave to artisans at the Bibliothèque Forney on 27 March 1890. The lecture was later published as Harmonies de formes et de couleurs, Paris 1891. See Herbert and Herbert, "Artists and Anarchists," 481, n. 48.

70 On Signac and politics, see John G. Hutton, Neo-impressionism and the Search for Solid Ground: Art, Science, and Anarchism in Fin-de-Siècle France, Baton Rouge 1994; Anne Dymond, "A Politicized Pastoral: Signac and the Cultural Geography of Mediterranean France," in: The Art Bulletin 85:2 (June 2003), 353-370; and Robyn Roslak, Neo-Impressionism and Anarchism in Fin-de-Siècle France: Painting, Politics and Landscape, Burlington 2007.

78 Aurier visited Signac when the latter stopped in Marseilles on the 1892 sailing trip that eventually took him to Saint-Tropez. It seems the writer had in mind writing an article on Seurat, but he died of typhoid before he could complete it. See Patricia Mathews, Aurier's Symbolist Art Criticism and Theory, Ann Arbor 1986, 14-15.

88 For some time, Seurat had been concerned about the acknowledgement of his authorship of the neo-impressionist technique. See Seurat, letter to Signac, August 26, 1888, in Herbert, Georges Seurat, 408.