Valiant, Independent, and Harmonious: Paul Signac and Neo-Impressionism after 1900*

Through a close reading of Parisian art criticism around 1900, this essay examines Paul Signac's role as de facto head of the neo-impressionists and guiding spirit of the Salon des Indépendants. Signac, and the neo-impressionists generally, had suffered from the decline of the Indépendants in the latter 1890s, but the resurgence of both group and Salon in 1901 positioned Signac as one of the most significant avant-garde artists in the early 20th century, where he played a vital role in the most significant art debates then animating Paris. Their return to prominence was due in no small measure to Signac's latest foray into the decorative, a highly charged arena that would be central to the artistic debates of the first decade of the 20th century.

The Independents and Neo-Impressionists in the 1890s

Paul Signac … neo-impressionists … Independents … It is difficult to speak of one without evoking the others.

The Independents and Neo-Impressionists in the 1890s

It is going well! That's to say that the number of visitors to the Independents has maintained itself until now – an average which varies from 150 to 180; slightly lower numbers began to be evident for the last three days – yesterday 140. But the important thing is that, in view of the next show, our funds will be sufficient and – that is the case. The quality of the visitors is not mediocre and, which is not always seen in our society, much was sold.33

The effect sought by the neo-impressionists, and ensured by divisionism, is a maximum of light, color, and harmony. Their technique thus seems very well suited to decorative compositions, which some of them have sometimes done. But, being excluded from official commissions, and having no large walls to decorate, they wait for the time when they will be allowed to carry out the great undertakings of which they dream.59 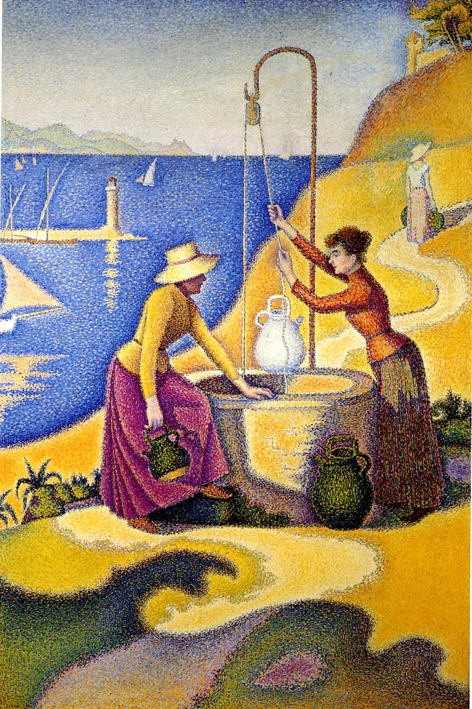 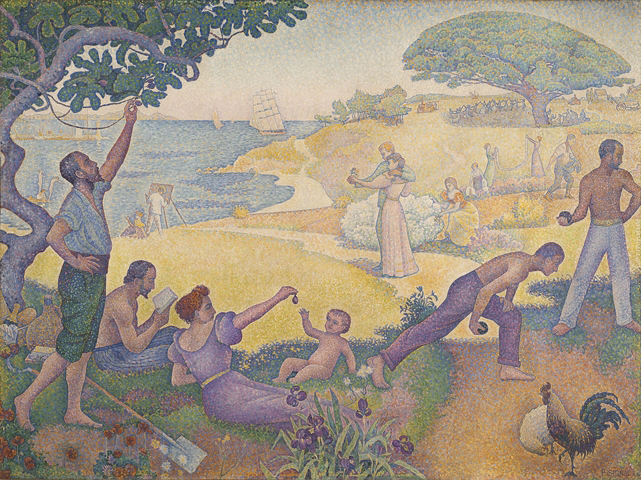 They would light up the walls of village halls magnificently; they have understood modern architecture, in the simplicity of its great lines, and are ready to decorate bright rooms and distinguished rooms, where their vibrant luminosity would balance out; they would bring different qualities than those of Puvis de Chavannes, but derived from him: they see widely and know how to compose, a rare gift.60

Overall, the exhibition of the Independents is more and better than the protesting Salon des Refusés; it gives the example of an open society where the rights of all are equal, where everyone is answerable only to himself and remains individually responsible. The artist admits and shows himself as he is, openly without pretense; the viewer, meanwhile, receives no watchword from the jury, follows the inclination of his preferences and decides, in his own way, from beginning to end. Fortunate training for the will, is it not true, that which accustoms man to use his independence to act, to think by himself and for himself, consulting no-one, in the blissfulness of free will!68

Mr. Signac, who for fifteen years has been in the breach as an impressionist painter, in terms of the way of painting, cannot of course please everybody but it is nevertheless true that he still retains his great enthusiasm and increasingly forces himself to simplify and to synthesize according to his caprice, he carries his easel from Passy to Samois and from Samois to Saint-Tropez, noting, here and there, that which speaks to his imagination.80

Towards a new décor, a new harmony through light and eloquence: towards style. Towards something else; that could only lead to splendor too soon frozen of a classicism, of another academy […] Supreme naivety attained through supreme love, this was the sublime beauty of the Middle Ages and ancient works, and it is towards this that our young renewed art strives without knowing it, and that makes it so alive, so moving, so edifying.89

for him, science did not extinguish spontaneity; on the contrary, science is a great help to him; it teaches him to see and to express with more freedom and ease. These are not the cold school rules based on more or less authentic traditions that make up the method of Mr. Signac; no: he captured a secret of nature, neglected by previous painters.92

* I would like to thank Regina Wenninger and the anonymous reviewer for their helpful comments, as well as Tania Woloshyn, for her enthusiastic interest in the neo-impressionists, her insightful comments, and with Anthea Callen her organizing of the "New Directions in Neo-Impressionism" conference for which this paper was originally written. Unless otherwise noted, translations are mine.

3 Much of the interest in neo-impressionism in the twentieth century arises out of research on Matisse for which Catherine Bock's ground-breaking book Henri Matisse and neo-impressionism, 1898-1908, Ann Arbor 1981, has been instrumental; the opening sentence of her text highlights the importance of Signac's text for Matisse and many other young artists, and, throughout, her account remains balanced. More recently, Marina Ferretti-Bocquillon has given Signac's text as the explanation of neo-impressionism's "second souffle" in the twentieth century, while suggesting artists in the school of Signac were of minor importance: "Le néo-impressionnisme (1884-1898)," in: Le néo-impressionnisme de Seurat à Paul Klee, exh. cat., Paris 2005, 14-25, here 25. Cachin, Signac, 64, similarly attributes greater influence to Signac's text than his works.

15 On the long association between the neo-impressionists and the Independents, see Ward, Pissarro, Neo-Impressionism, and the Spaces of the Avant-Garde, 55.

16 Ward, Pissarro, Neo-Impressionism, and the Spaces of the Avant-Garde, 193.

22 It would be reprinted in Paris in 1911; see Ferretti-Bocquillon, "Chronologie," 370-371; and Marina Ferretti-Boquillon, "Ports and Travels: Paul Signac in the Twentieth Century," in: Signac, 1863-1935, 224 which also describes the text's success in Belgium and Germany.

26 Quoted in translation in Bock, Henri Matisse and Neo-Impressionism, 136.

41 Jensen, Marketing Modernism in Fin-de-Siècle France, 135 and 310, note 98, who further notes that Cézanne left the Independents for the Salon d'Automne in 1904 where he was given his own room with 31 works.

44 The reverence with which Cézanne is treated in these reviews is also notable.

52 Katherine M. Kuenzli, The Nabis and Intimate Modernism: Painting and the Decorative at the Fin-de-Siècle, Burlington 2010, 25 and passim. On the evolving concept of the decorative see the ground-breaking work by Gloria Groom, ed., Beyond the Easel: Decorative Painting by Bonnard, Vuillard, Denis, and Roussel, 1890-1930, exh. cat., New Haven, 2001, and especially the essays therein: Nicholas Watkins, "The Genesis of a Decorative Aesthetic," 1-28, and Gloria Groom, "Into the Mainstream: Decorative Painting, 1900-30," 143-168; on the decorative's relation to neo-impressionism, see Roslak, Neo-Impressionism and Anarchism in Fin-de-Siècle France, 5-6 and 162-166.

61 On Martin, see Thomson, "Henri Martin at Toulouse," which is also one of the few examinations of Signac's Asnières works.

69 On Signac's earlier major decorative efforts and their relation to anarchism, see Anne Dymond "A Politicized Pastoral: Signac and the Cultural Geography of Mediterranean France," in The Art Bulletin 85 (June 2003), 353-370; Roslak, Neo-Impressionism and Anarchism in Fin-de-Siècle France, 155-167.

71 As translated in Roslak, Neo-Impressionism and Anarchism in Fin-de-Siècle France, 167, note 8.

74 For other reviews beginning with Signac, see also François Hoffmann, "L'exposition de la Société des Artistes Indépendants," in: Journal Des Arts (5 Apr. 1902), 2-3, here 2. Even when not discussed first, Signac was given much attention in 1902, as was his solo exhibition in June at Siegfried Bing's Salon de l'Art Nouveau.

94 Richard Shiff, Cézanne and the End of Impressionism: A Study of the Theory, Technique, and Critical Evaluation of Modern Art, Chicago 1984.

95 Jensen, Marketing Modernism in Fin-de-Siècle France, 136, points out the importance of the Gazette des beaux-arts, and notes that it did not review the Independents.